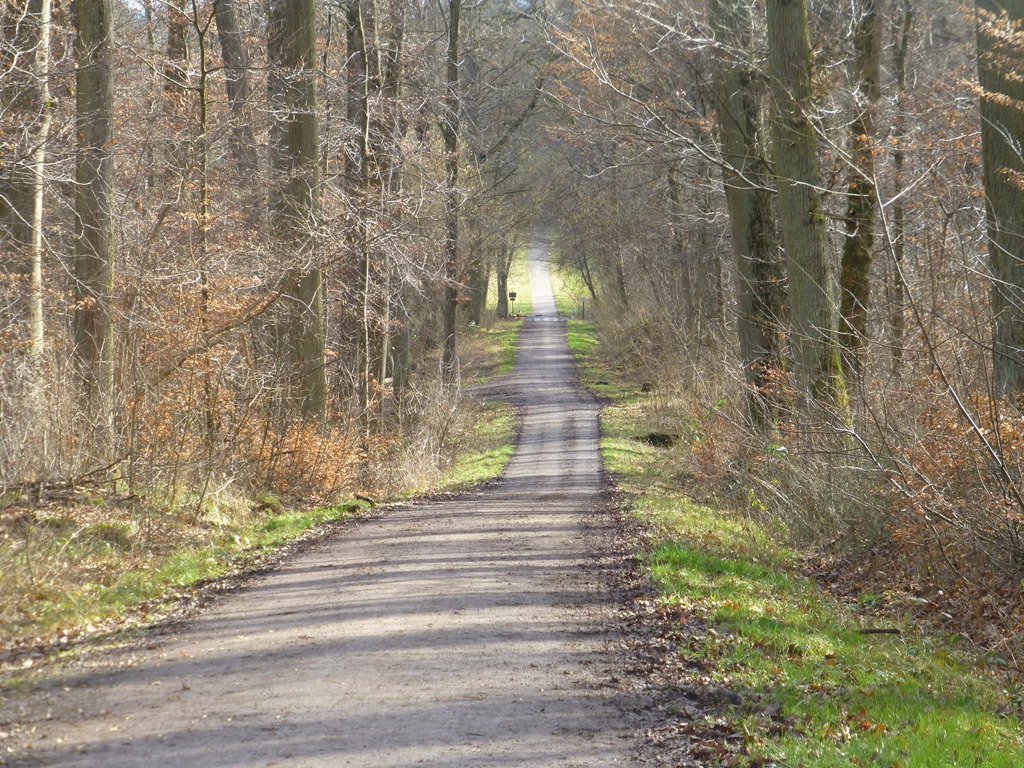 Hi guys! After we had enjoyed the first part of the Möhringer Hexenweg (Möhringen Witch Trail) lately, Moritz and I decided to hike the second part, as well. Again, we took the hiking book Stuttgarter Wanderbuch, written by my dad, Dieter Buck, with us. However, we didn’t follow it’s instructions at the beginning: We did not start at U-Bahn station SSB Zentrum, as instructed in the guide book, we took the train to Fasanenhof and began our hike from there – sorry dad! 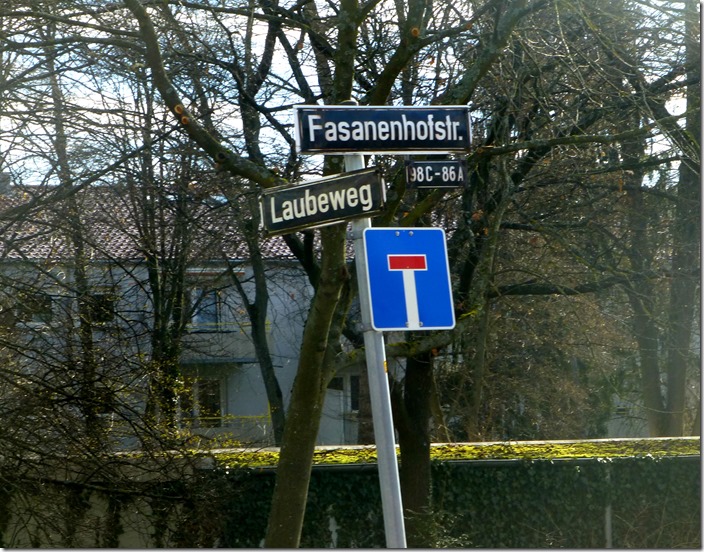 We followed Fasanenhofstraße and came past a cage, displaying the animals, that gave this area of Stuttgart it’s name: pheasants (Fasane). 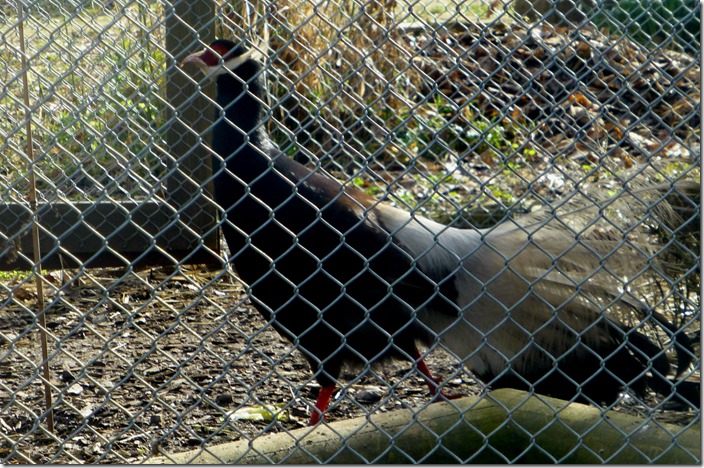 The street made a left turn and we followed it until the junction of Heigelinstraße, where we turned right. The signs of Möhringen Witch Trail, a witch with a broomstick and a big “M” were easily to spot. If you don’t have a map or a guide book, just follow them. 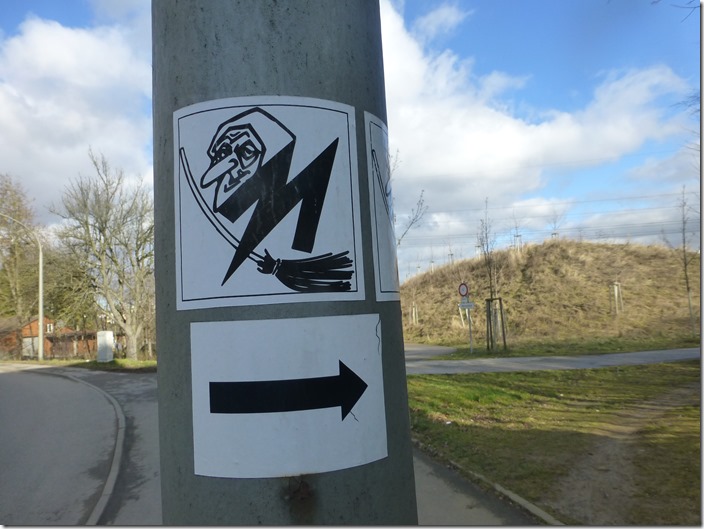 The street led over the motorway and we turned left on the other side of it. We walked downwards and kept right in order to reach the forest. Here we shared the way with joggers and riders.

We walked straight for a while, always looking for the sign of the witch trail or a sign stating “22/1 Körschwald”, were we were supposed to turn left. 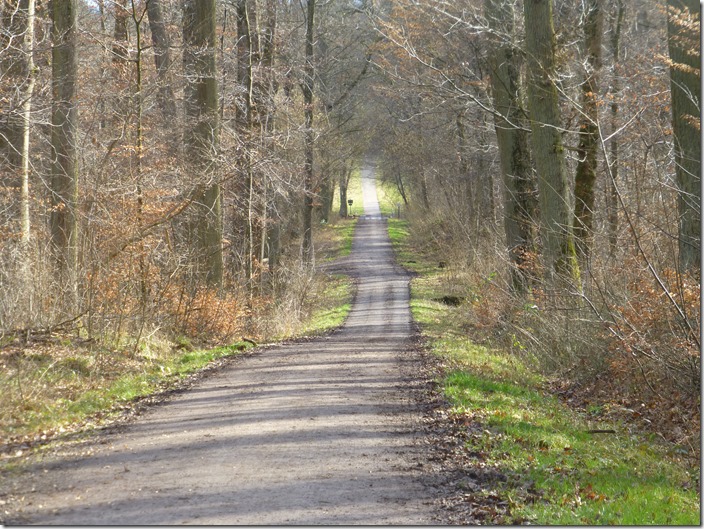 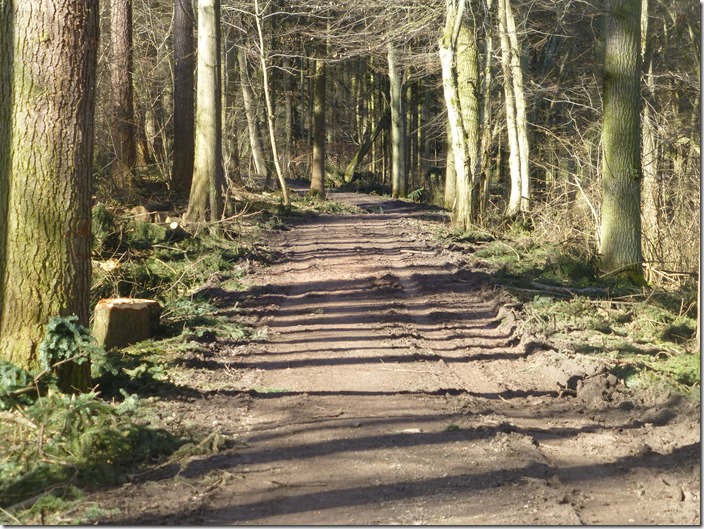 We walked past it at first and had to turn around. A little later, we arrived at the little river Körsch. 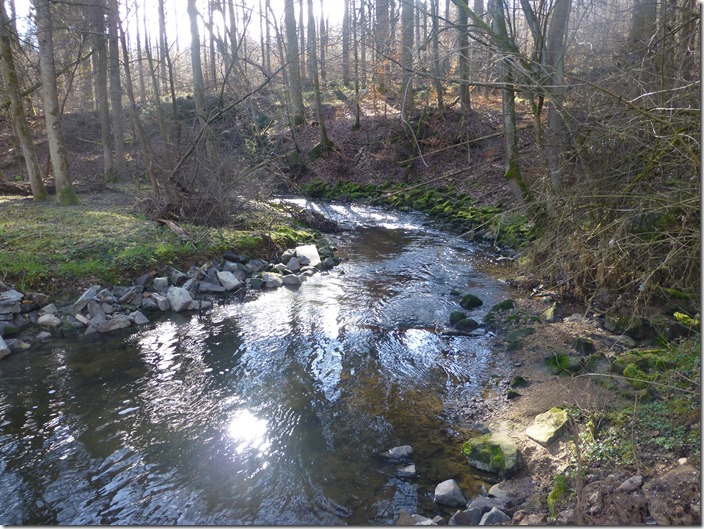 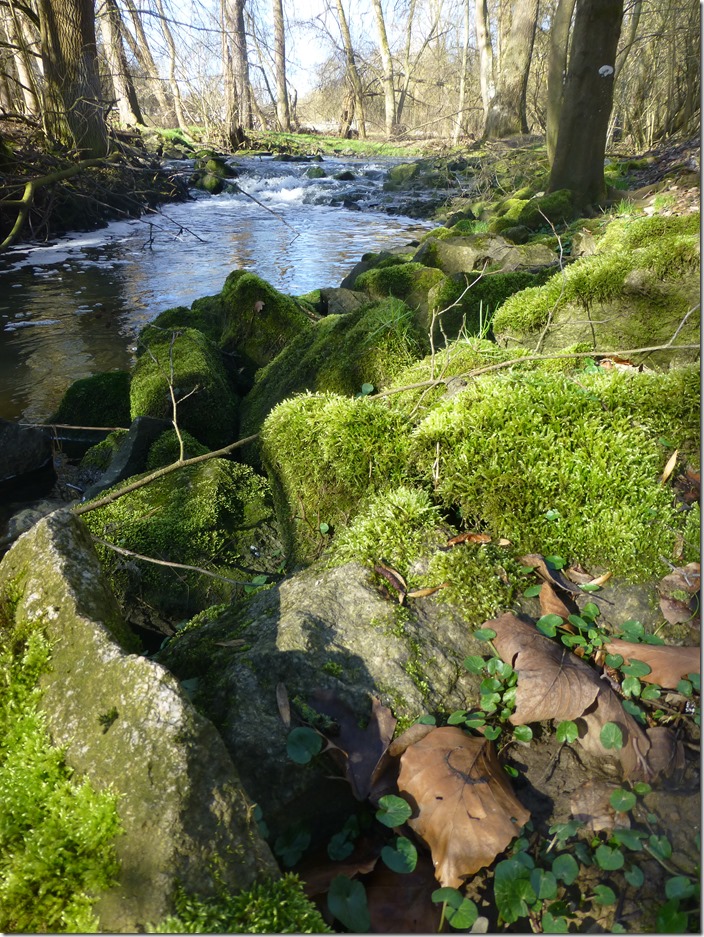 We passed over it on a little bridge and stood in the Körsch Valley (Körschtal). 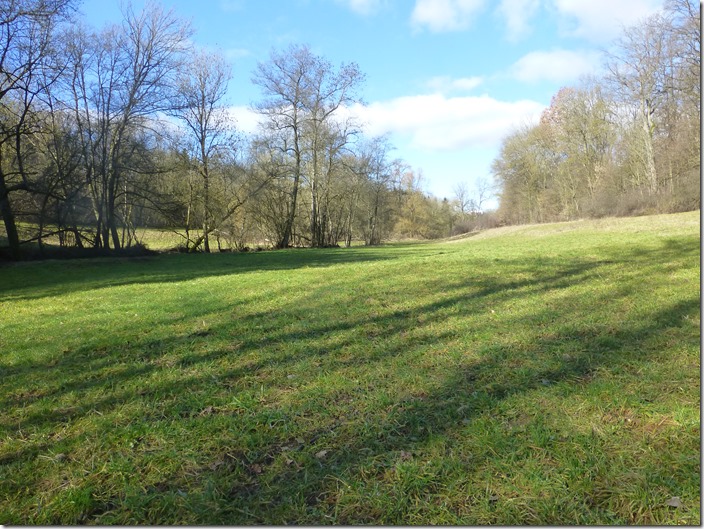 We followed the track and when we entered the forest again, we took the Dachsbauweg on the left. 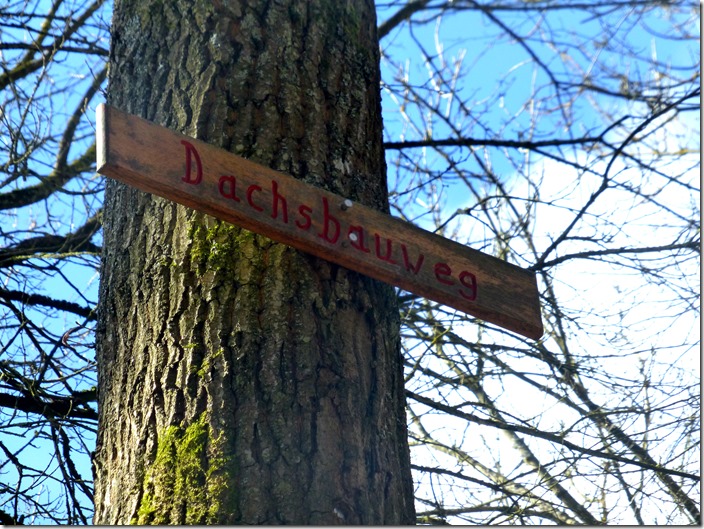 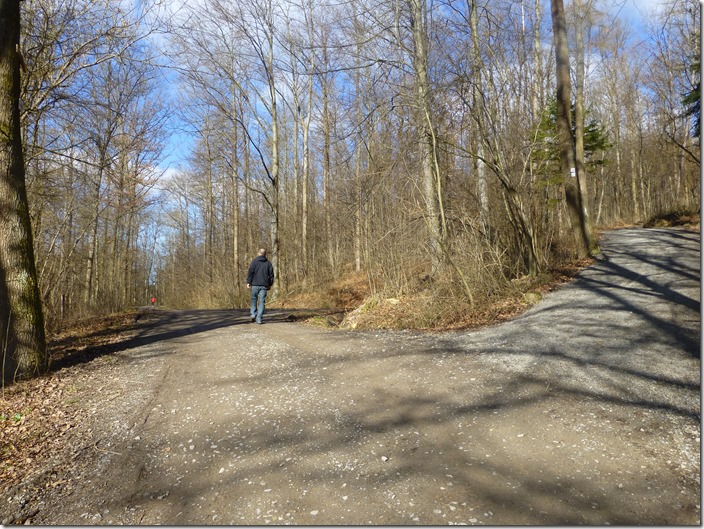 When we arrived at two benches on the right side of the track, we took the path in between them, leading upwards. Attention if you’re not using a guide book or map, there was no witch trail sign, indicating that we had to turn right here. 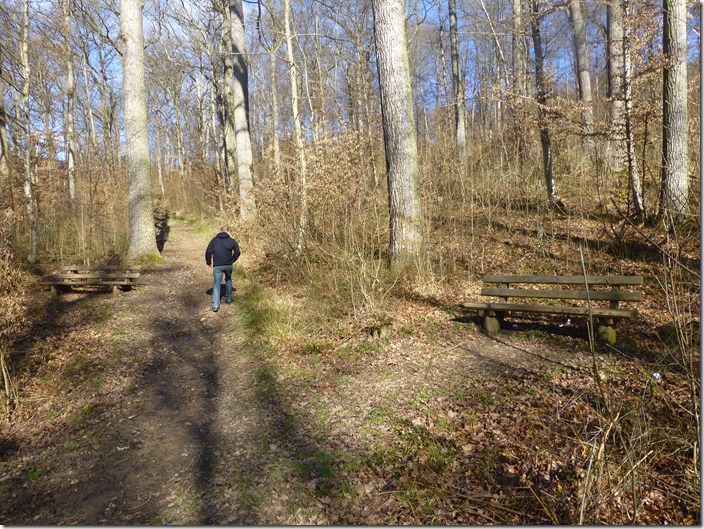 As we’ve had some rain in the last days, the track was very muddy. So make sure you wear hiking boots and not your best trousers when doing the Witch Trail. 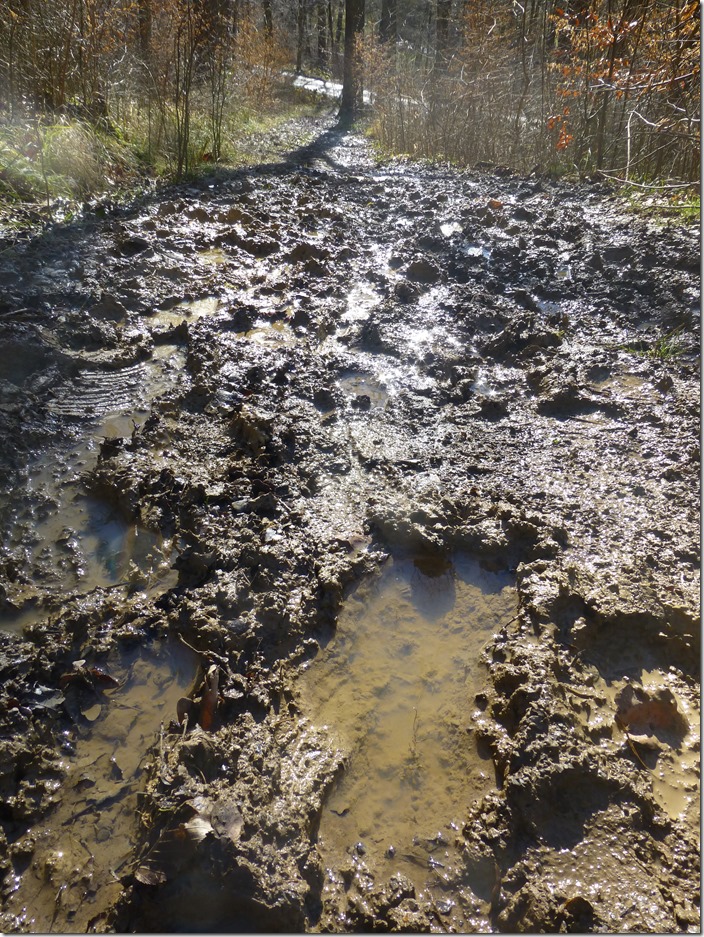 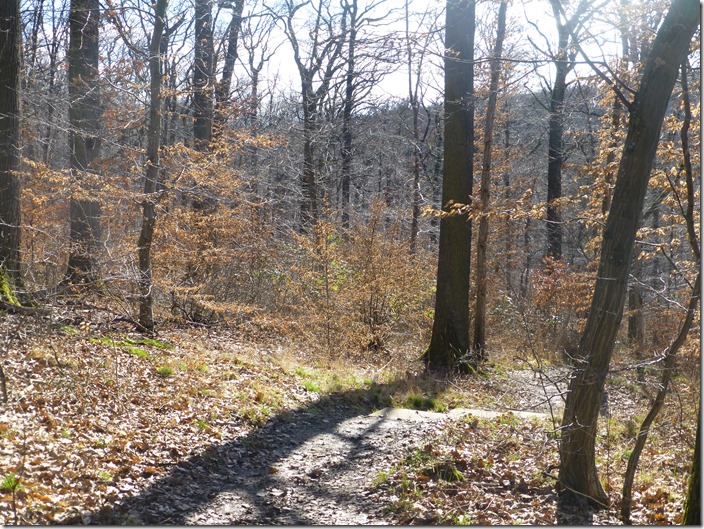 When we arrived at the top, we had to cross the tracks of the U-Bahn. 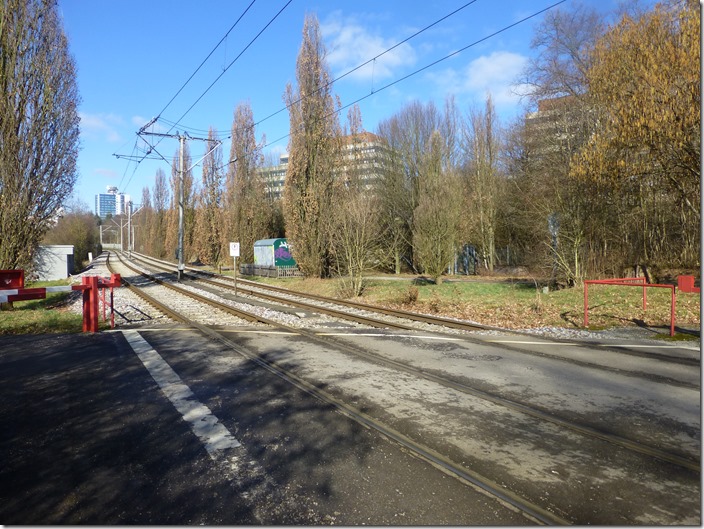 We followed Filderbahnweg until we met Plieninger Straße and stood in front of the Kelley Barracks. On the other side of the road, our track continued on the left side of the fence. We now had the barracks on the right and the Mercedes-Benz building on the left. 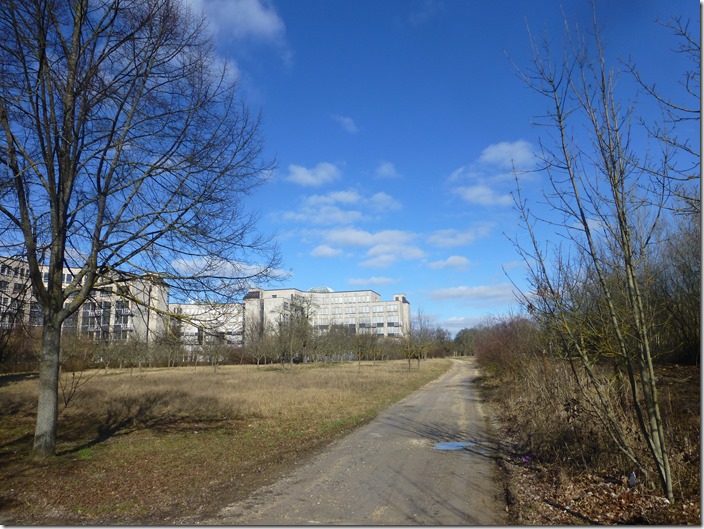 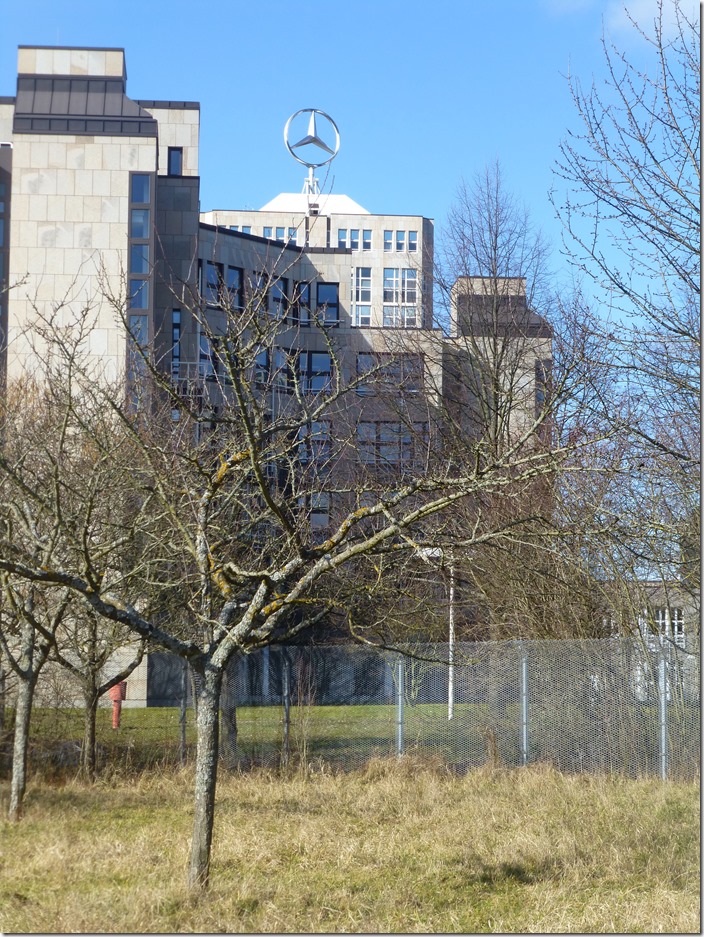 After the buildings, we turned left and then right into Epplestraße. Now, we had to cross another motorway. 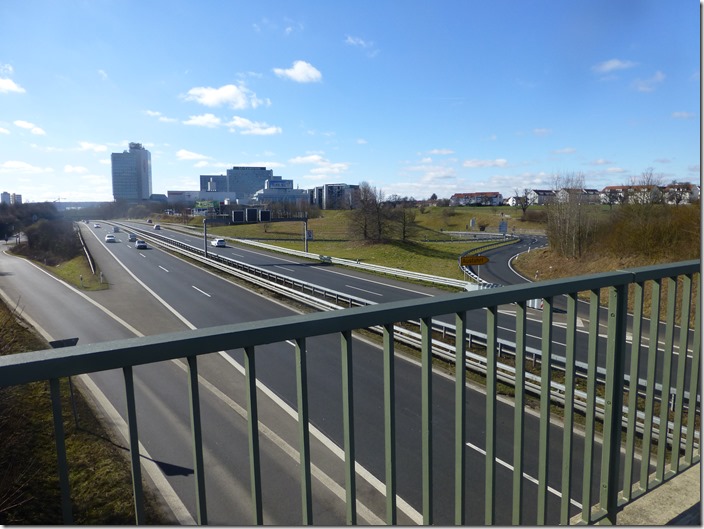 Can you see the tall buildings of SI-Centrum in the back? We could have stopped our hike here in order to enjoy a musical instead! 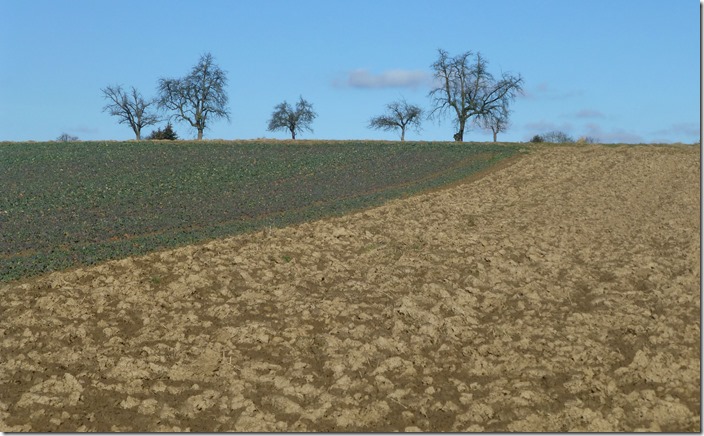 After we had entered the residential area, we walked straight, then turned right into Kolbäckerstaße and then left into Sigmaringer Straße, where we arrived at the U-Bahn stop with the same name. And that was the end of our tour!

This variation of the second part of Möhringer Witch Trail was only 6 kilometers long, as Moritz and I had started from Fasanenhof, not SSB Zentrum. When I compare it to the first part, this hike passed much more residential area and less nature. Even though I liked the river Körsch and the Körschtal very much, I have to admit that I prefer the first part of this hike.

Last but not least: Do you want to know why this hike is called Witch Trail?

Apparently, between 1662 and 1665 a lot of witch trials took place in Möhringen and a many people were burnt. A very dark chapter of the city’s history. The same happened in Esslingen and Stuttgart-Vaihingen. So I think, the Möhringer Witch Trail refers to these events.

Stuttgarter Wanderbuch by Dieter Buck (only in German)

Witch trials in Stuttgart (only in German)

Map of the whole Witch Trail by stuttgart.de 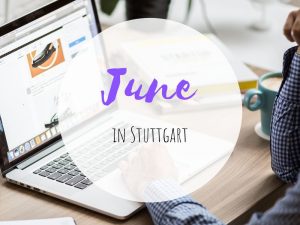 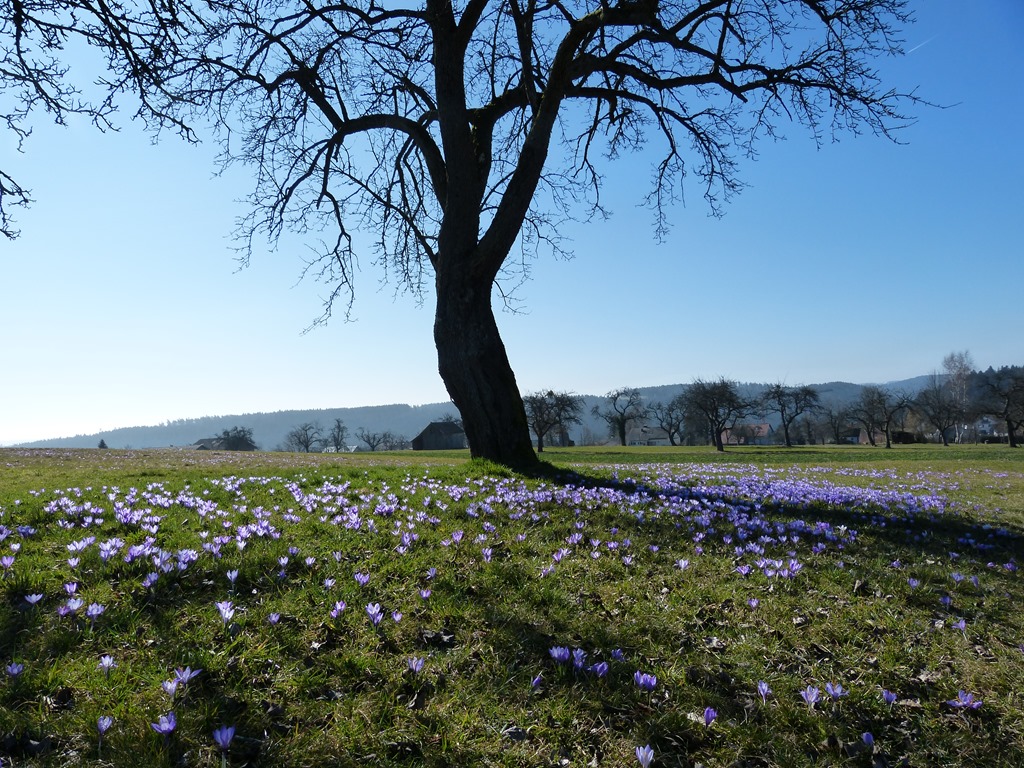 Zavelstein Castle at the beginning of the black forest 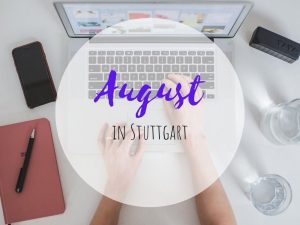