Diiiiiieter Thomas Kuhn, a German singer you need to know… 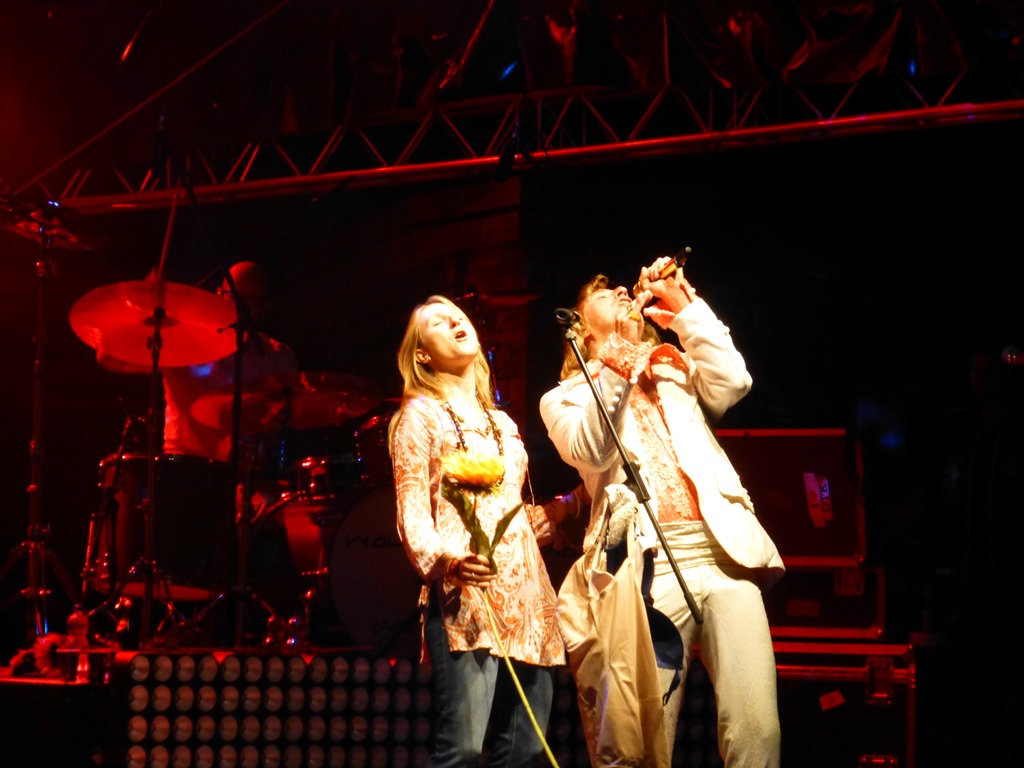 Last week, I indulged my German folk music loving soul. If you ask a German under 50 about German folk music (Schlager / Volksmusik) he will look at you pitiful and tell you something about bad taste of music, nursing homes and the Kastelruther Spatzen (look that one up for yourself…

). But deep inside every German hides a little hand clapping, schunkelnder devil, who only comes out once or twice a year, mostly when a beer tent, a bar on Mallorca or an après ski party is around.

The same is true for me, only that my two days of folk music happiness were due last week. There are two singers that make my like Schlager: Dieter Thomas Kuhn and Moritz’ friend Alex Straub who sang for us on our wedding.

Since I was 13, I loooooooove Dieter Thomas Kuhn. For all of you who haven’t heard of him already (which might be most of you, if you’re not born in Baden-Württemberg… ), here some fun facts about him:

-A young singer named Dieter Kuhn created the persona (or is it his alter ego??) Dieter Thomas Kuhn in 1993.

-Dieter Thomas Kuhn performs songs from the 70s – not without adding  some interesting interpretations.

-Dieter is beautiful. No, I am not open for discussion when it comes to that. Why do you think heaps of underwear finds it’s way on stage during his concerts?

-Everybody wants Dieters chest hair. That’s just how it is.

-It is the goal of every female Dieter-Fan to be allowed on stage with her star. During every concert, a few lucky individuals get selected and are allowed to dance with Dieter, kiss him or steal some of his chest hair.

Before we come to the concert itself, let me talk quickly about the dress code.

When participating in a Dieter concert, you want to wear colorful cloths, maybe with floral prints, in the style of the 70s. A lot of necklaces and bracelets are advisable, too. But the most important thing: the sunflower! Dieter loves them. And we want to make Dieter happy!! 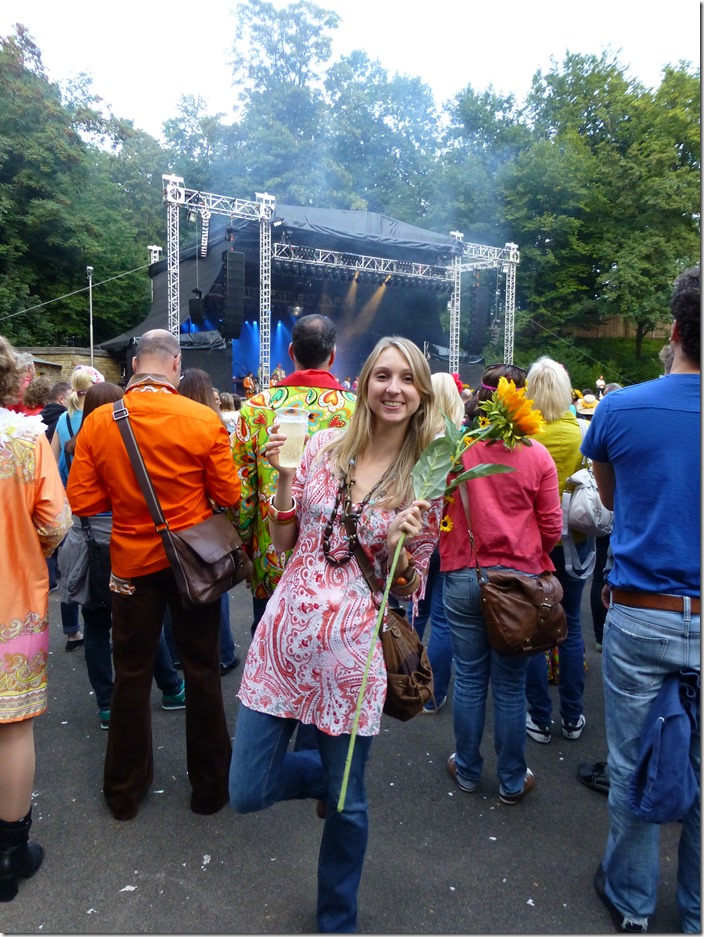 I made a huge mistake this year: I forgot my 70s sunglasses!! That should NOT happen to you!!

Dieter concerts are a VERY strange thing. Everybody dresses colorful. And everybody is happy. Seriously. The world could be another place if we would listen to Dieter every day…. 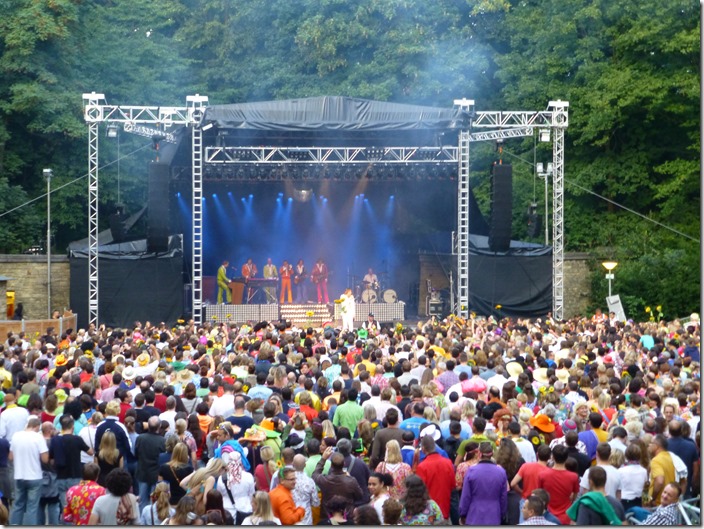 When you check out the following impressions from the concert, make sure you listen to some Dieter songs: 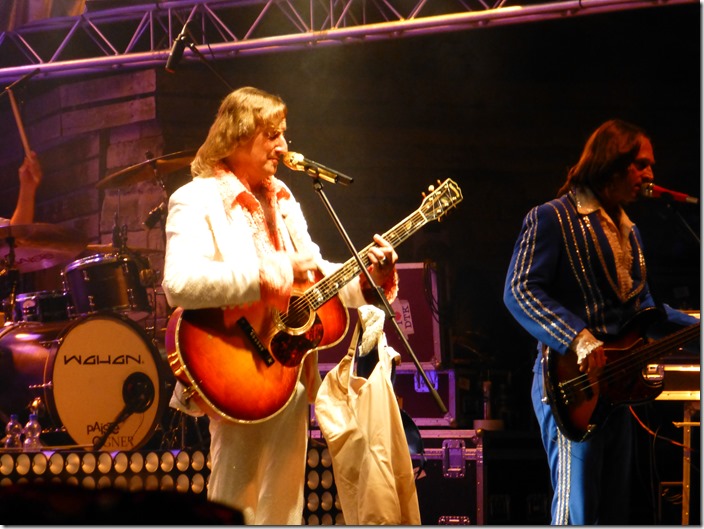 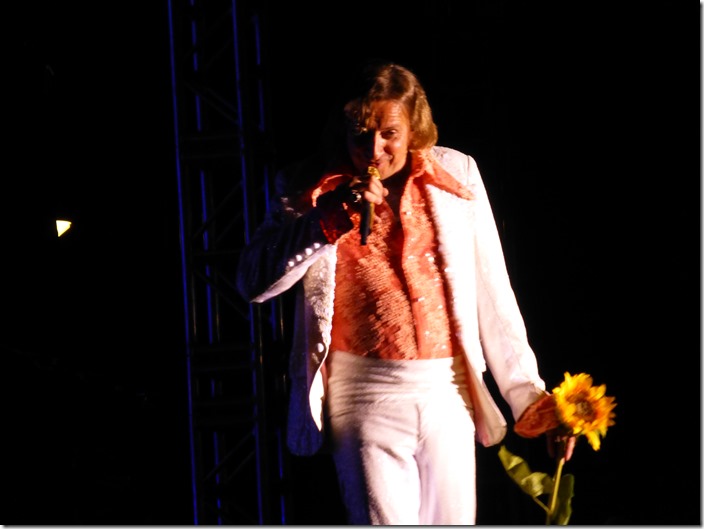 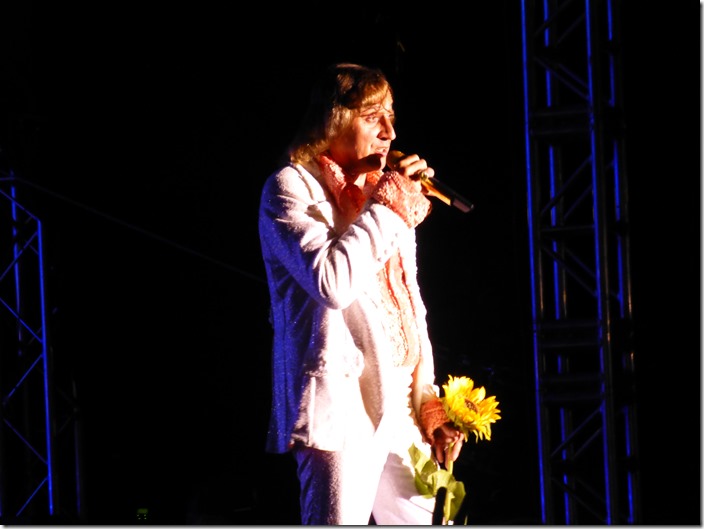 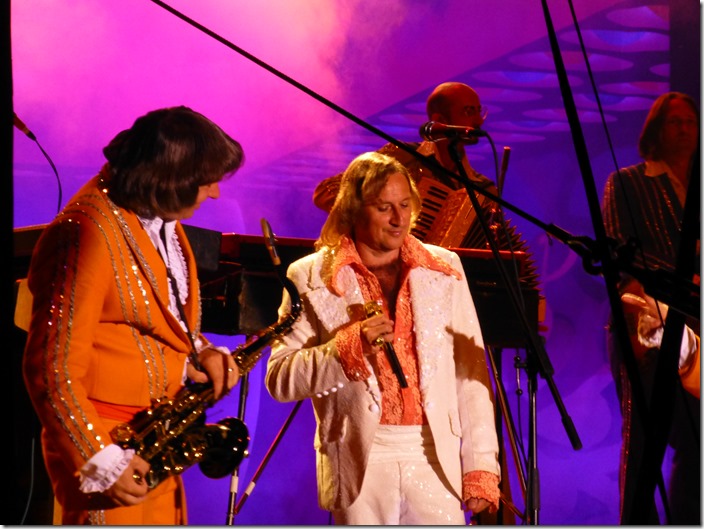 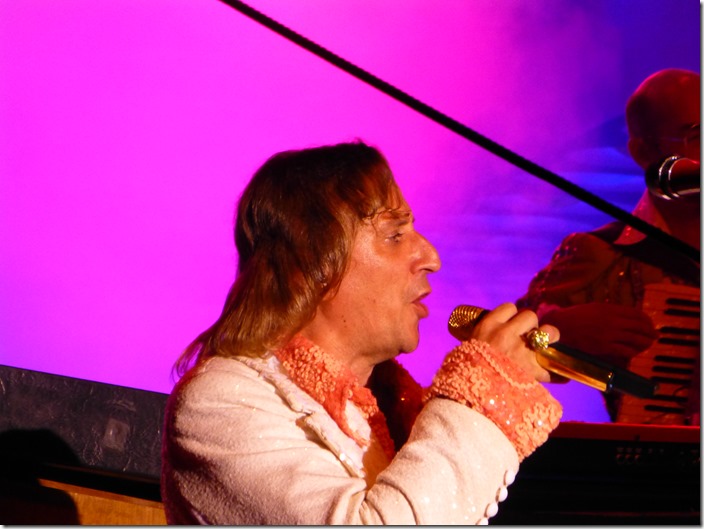 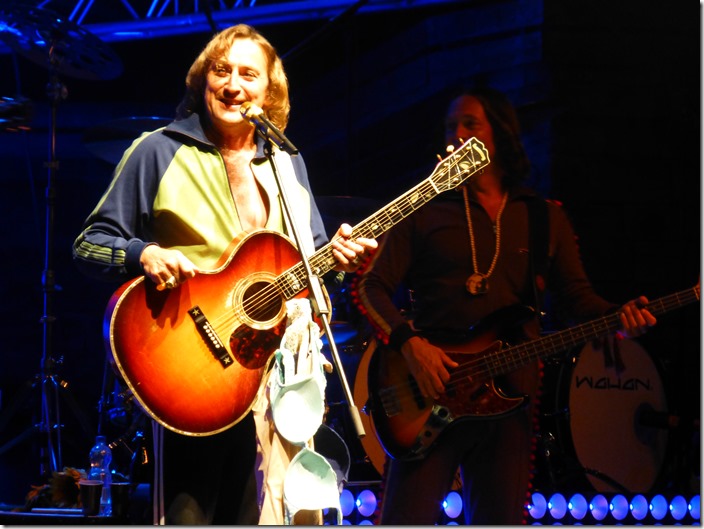 And guys, guess who left this concert as the HAPPIEST GIRL ALIVE!! 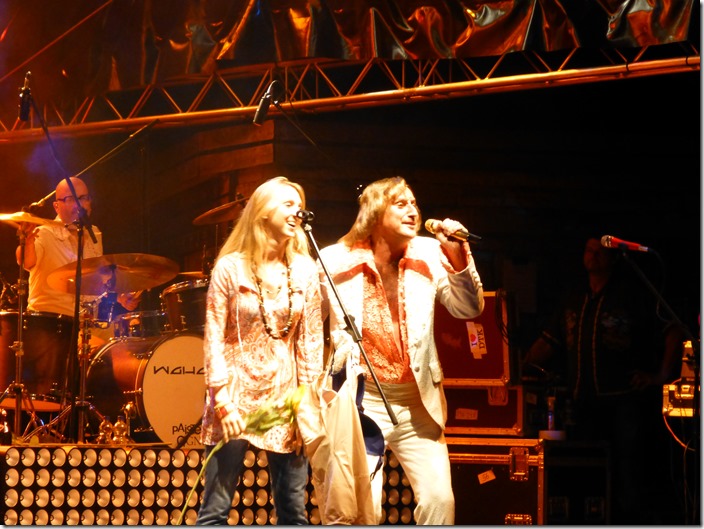 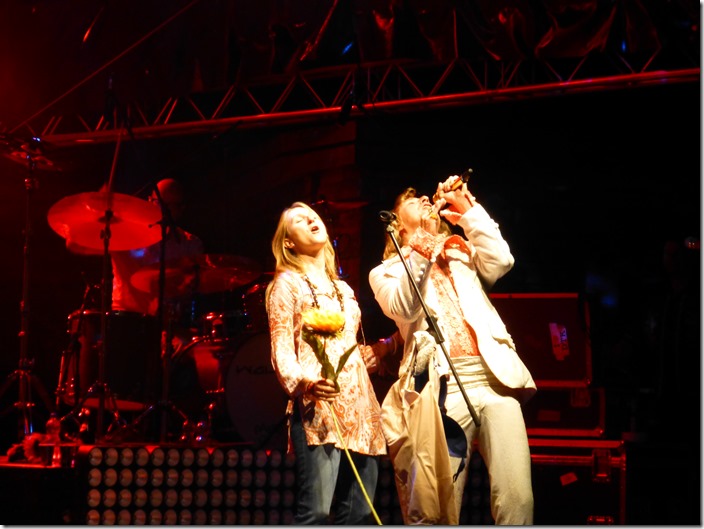 Yes my friends, I was rocking the stage with Diiiiiiiiiiiiiiiieter to “Ti Amo”.

With 30 I can say that I have reached everything I wanted in life: I married the greatest man on earth – next to Dieter- and I was on stage with Dieter. The rest of my life will be quite boring, nothing’s left to achieve…:-P

But I forgot to steal some of his chest hair!!! I was just to fascinated by his beautiful blue eyes… So maybe this is my mission for the next 30 years! 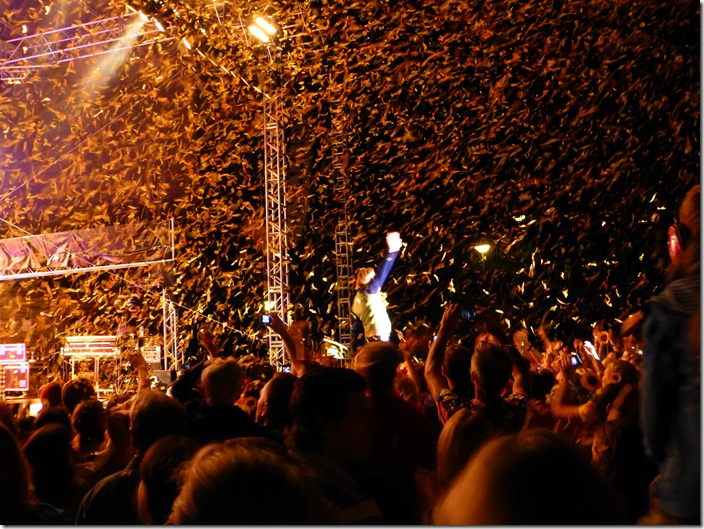 I know, I know, Dieter’s not for everybody. But if you want to experience a piece of German culture (and that’s what it is, truly), you should visit a Dieter concert once in your life! 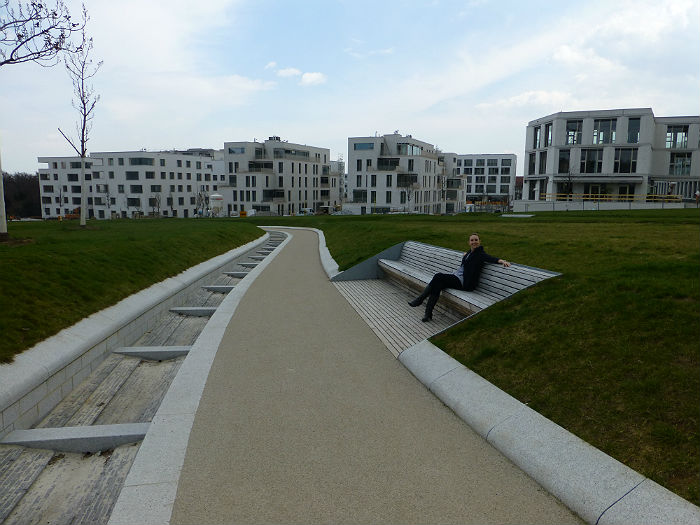 Think K Killesberg – A new quarter is born in Stuttgart 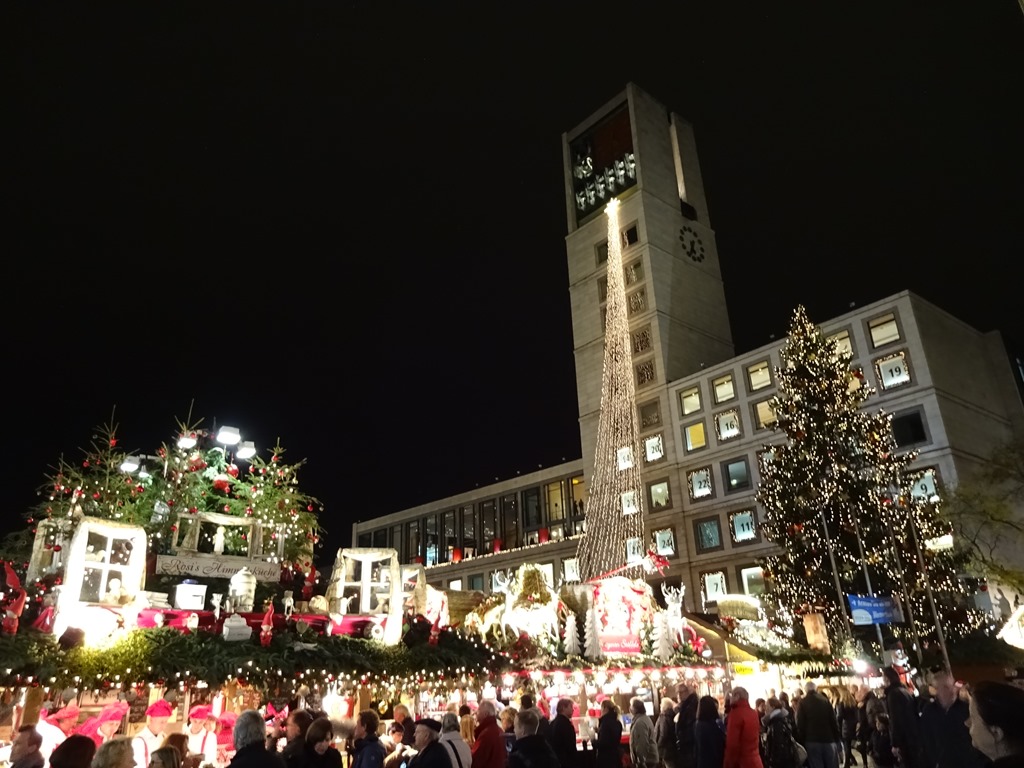 Visiting the Christmas market 2014 in Stuttgart