In Life in Stuttgart

The day I participated in a Protest BBQ 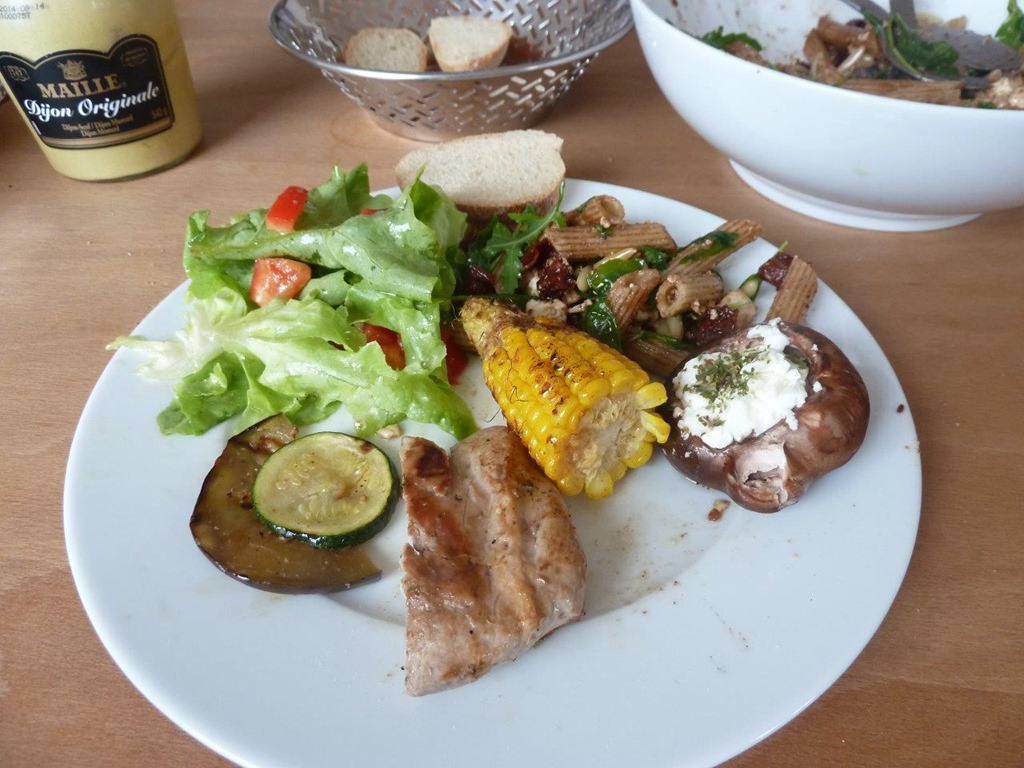 Hi guys! Last weekend, I participated in a Protest BBQ. Yes, my friends, things like that exist!

It was a nationwide event, organized by Campact, a network that fights for more democracy, mainly with creative activities. With the BBQ event, they wanted to make a statement against industrial livestock farming and for more ecology friendly farms. Me and my friends liked the idea of meeting for a BBQ and supporting this event, so we participated with our own, small party.

Unfortunately, it was raining last Saturday when we met around noon. But luckily, my friend had a table grill, so nothing could put us off our mission! 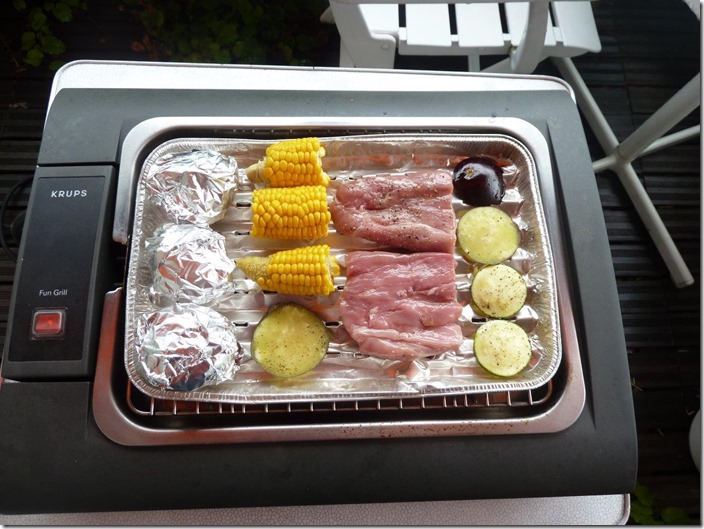 Of course, all the stuff we put on the barbie was organical. The veggies came from a little shop in Stuttgart-Vaihingen, called Grünschnabel, and the meat from Der Markt am Vogelsang in Stuttgart-West, formerly Bauernmarkthalle.

I think you can taste the difference between conventional and organic meet. And what I had on my plate that day was definitely organic. Yummmmmyyyyyy! 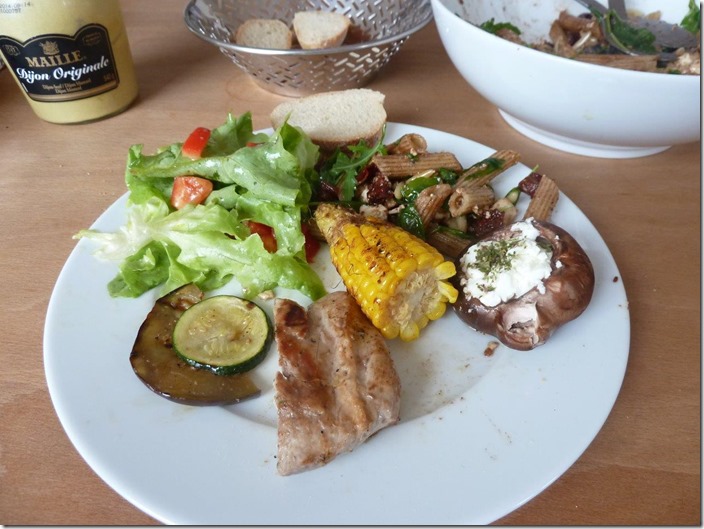 But when you participate in a Protest BBQ, you are not there just for the fun, you have to work, too…

After we had signed in for the barbie, Campact had sent us a box including a banner, paint and two brushes. We were asked to paint the banner and either bring it to a demonstration against industrial livestock farming on the 31. of August in Wietze, or – if we couldn’t participate in the demo – to sent the painted banner back to them, so one of their members can carry it. As I don’t even know where Wietze is, we decided to paint the thing and send it in. So that’s what we did after lunch: 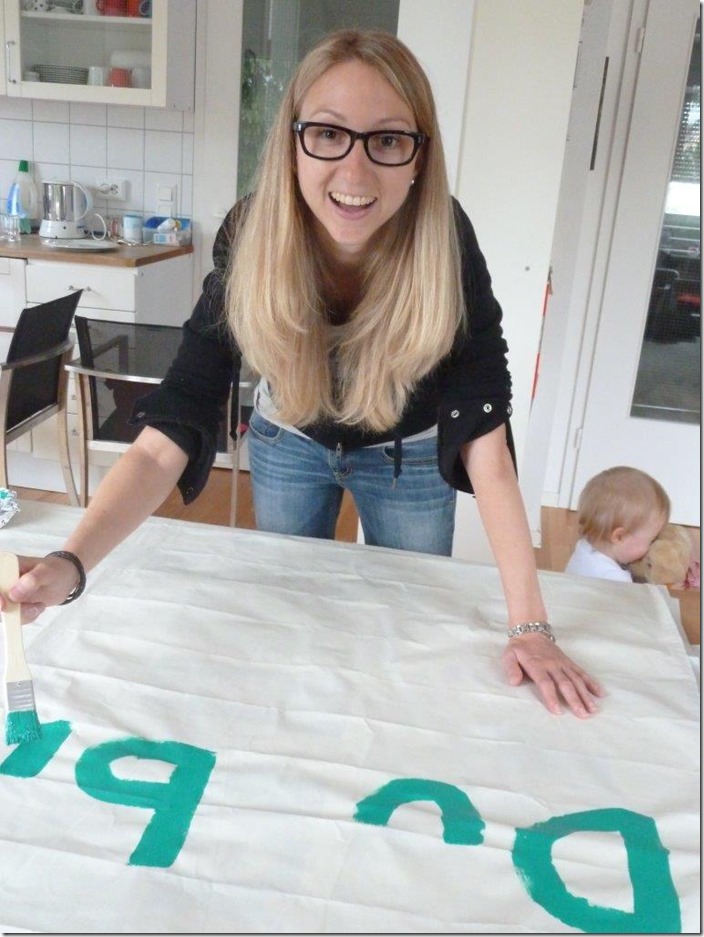 We chose the slogan “Du bist was du isst” which translates into “You are what you eat”. 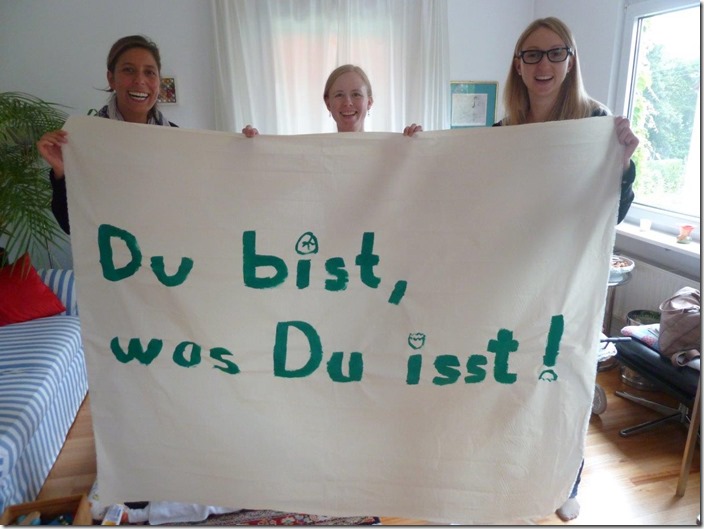 The egg shells on the banner refer to the huge industrial chicken farm where the demonstration took place on the 31st.

I liked this event very much. If they organize something like that again next year, I’m in, that’s for sure!

Protest BBQ and demonstration against industrialized farming (only in German)

Der Markt am Vogelsang (only in German)

Previous PostMini-Honeymoon at Hotel Waldsägmühle in the Black Forrest
Next PostDiiiiiieter Thomas Kuhn, a German singer you need to know...