An adventurous hike near Stuttgart 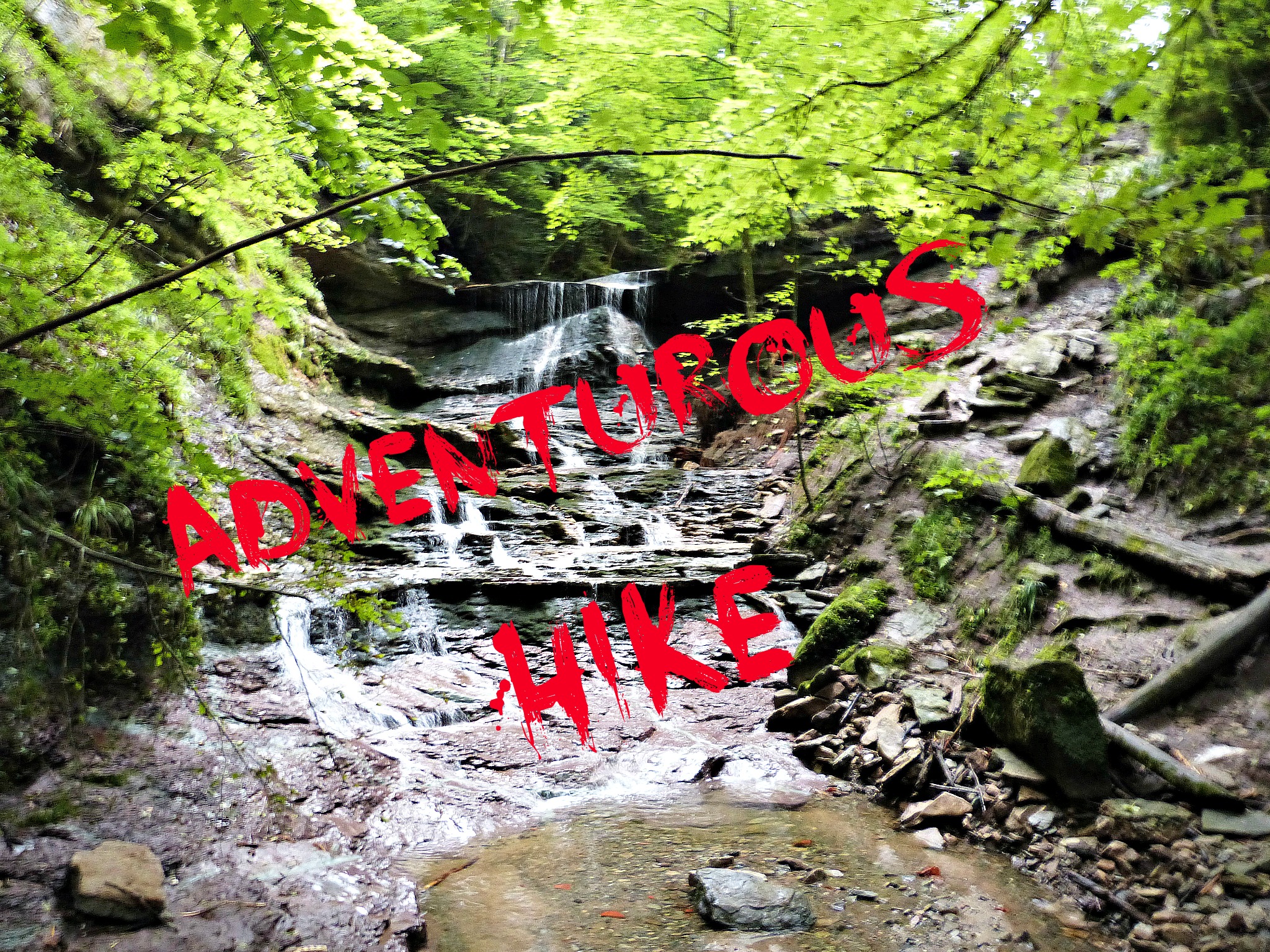 Hi guys! You’re looking for an adventurous hike near Stuttgart? Then I know the perfect place for you! This hike includes slippery trails, some rock and roots scrambling and it leads to the Hörschbachfälle, two beautiful waterfalls next to Murrhardt. 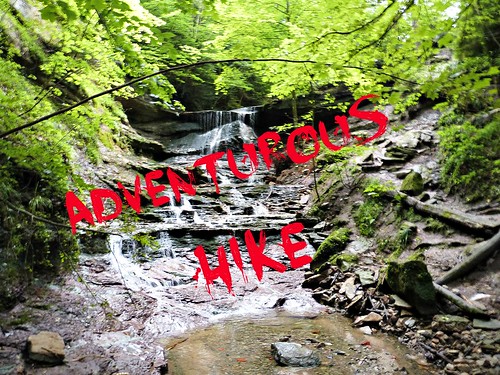 This adventurous hike near Stuttgart starts in the west of Murrhardt, a town located approximately half an hour drive away from Stuttgart. When you arrive in Murrhardt follow the signs to “Siebenknie”, then the ones pointing out the “Hörschbachwasserfälle”. You can park your car just before the road enters into the woods or you drive a bit further and park right next to the first waterfall.

When Moritz and I did this adventurous hike near Stuttgart, we parked on the first parking spot, took the trail on the left of the road and entered the woods. After a few minutes we saw a sign that pointed out the two waterfalls. We wanted to see “Vorderer Wasserfall” (lower waterfall) first, and thus turned right. 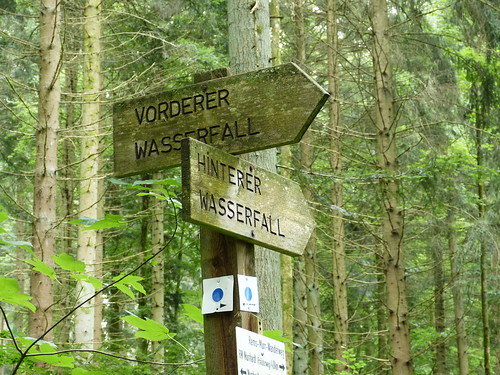 We descended into the Hörschbach Valley and reached the first waterfall a few minutes later. 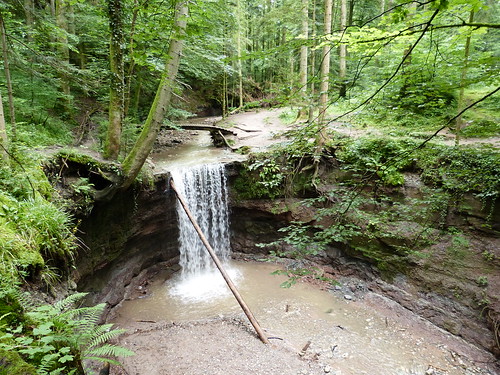 So far, it was an easy trip. We crossed the waterfall via the little bridge, turned left and followed the sign with the blue dot and the stream of water. And after some more minutes the adventure began…

The trail got veeeery muddy and slippery. 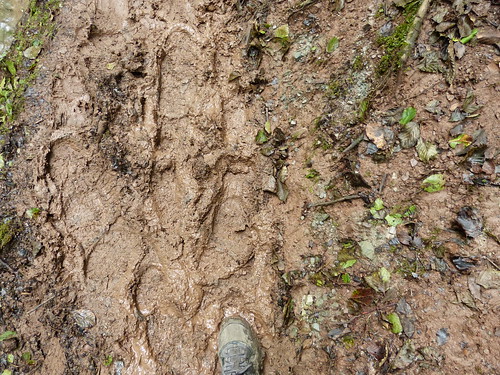 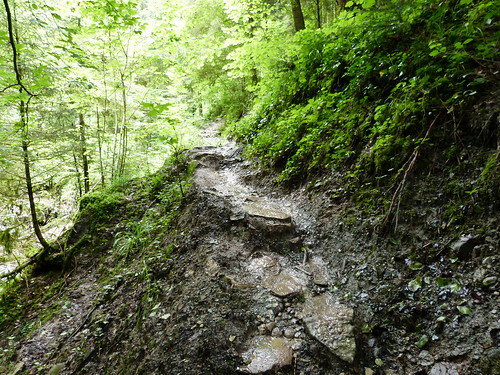 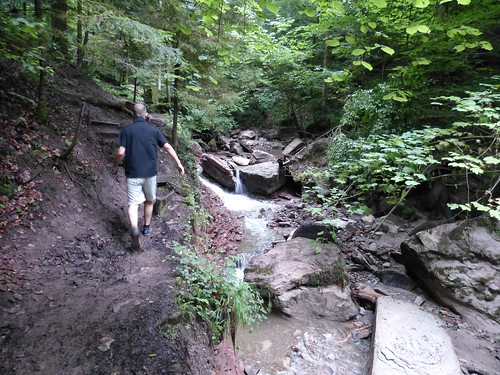 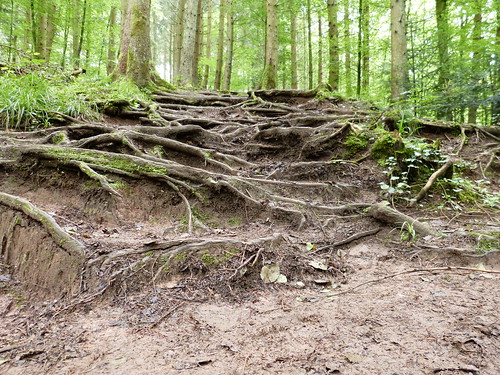 … other times trees served as bridges: 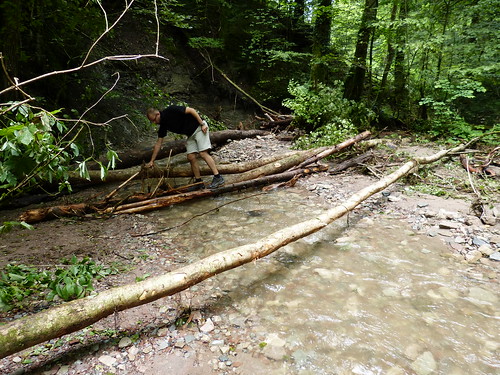 At some points, the track was missing completely for a meter or so because it had fallen down into the stream. Then you had to hang on to the steep cliff next to the trail and climb over the gap. Unfortunately I didn’t take a picture of that –  I was too busy trying not to fall into the water 🙂

After 1.5 hours (yep, it took us 1.5 hours to complete 2 kilometers) we reached the upper waterfalls (Hintere Wasserfälle). There is one waterfall located on the left: 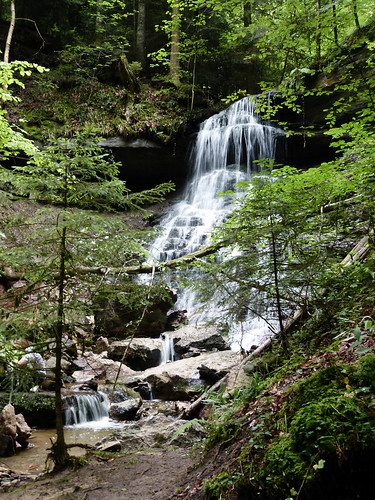 And another one straight on. That’s what it looked like when we arrived: 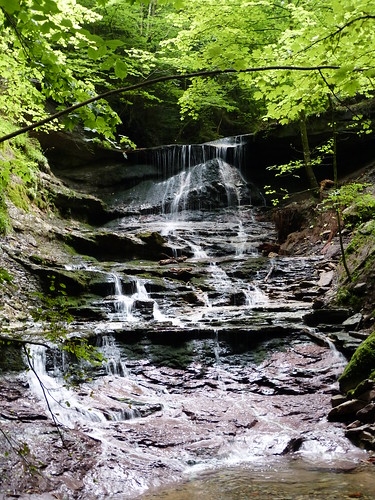 Quite peaceful a pitturesque, right? That’s what I thought, too and used some stones in order to step on the other side of the stream to take this picture. Suddenly, something changed. There was a loud roar and the water running down the waterfall tripled. I didn’t know what happened but was smart enough to jump back to the other side of the stream, using the same stones again. I was SO lucky because the stones disappeared in the swollen water, as did the place where I just stood to take the picture. 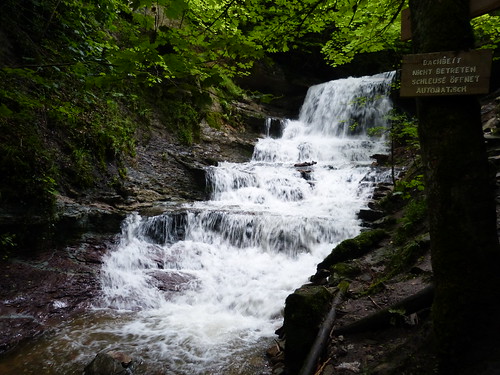 We climbed up the trail on the right of the waterfall and reached a platform. And that’s where I found out what had just happened: Next to the platform is a watergate. When it’s closed, the water in the stream is collected in a small basin. Every hiker can open the watergate in order to make the waterfall look more exciting – or to scare the hell out of other hikers that are still down at the stream! 😀 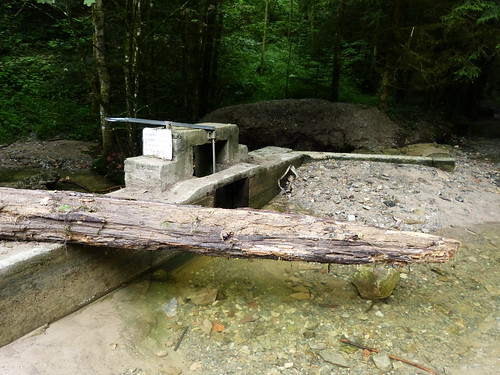 The platform is the turnaround point of the hike. From here you can follow a big trail back to the lower waterfall and the parking lot (as we did) – or you still feel adventurous, then you can hike back the same way you came!

Here are some tips if you want to do this hike:

If you have kids and wonder if you can bring: We saw a lot of families and the kids seemed to have a blast. Of course they were covered in mud but the proud expressions in their faces might be worth the extra load of laundry 🙂 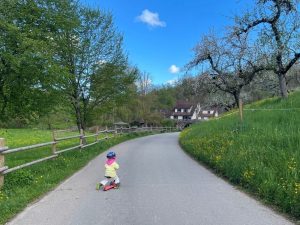 My 4 favorite short excursions for small children in Stuttgart 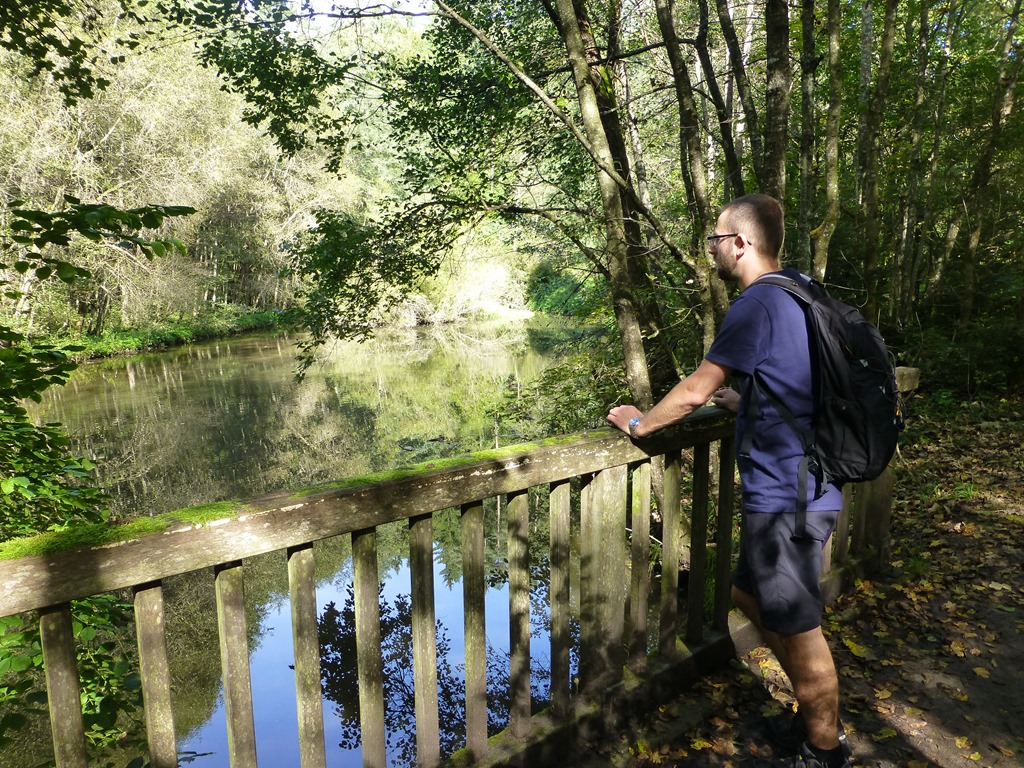 Hiking from Waldenbuch to the hidden Lake Schönbuch 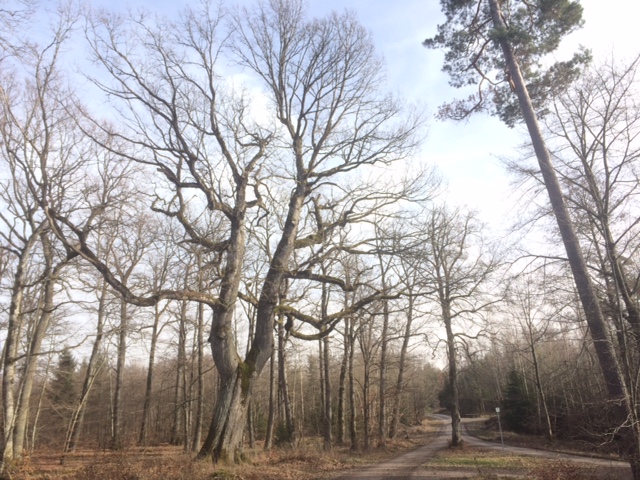 Previous PostDid you know we have a waterfall in Stuttgart?!
Next PostPicture book for kids: Stuttgart Wimmelbuch