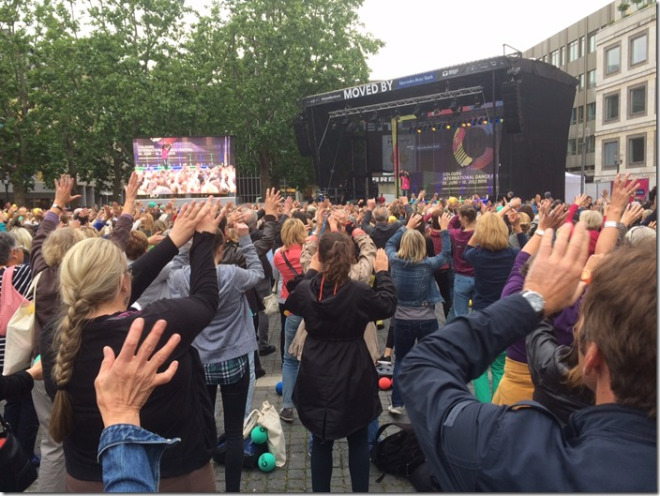 Hi guys! Are you moved by colours already, too? Here are some impressions from Eric Gauthier’s Colours International Dance Festival 2015 pre-opening event named “Colours in the City”.

Despite the grey sky hundreds of ballet – and Eric Gauthier – junkies made their way to Marktplatz, right in front of the city hall, to take part in the free mini workshops and watch short extracts of the performances that will be held at Theaterhaus from the 25th of June to the 12th of July.

I wasn’t sure if workshops with such a large crowd would work well – but they did! Stuttgart was truly moved by colours! No matter if it was Hip Hop, Bollywood or classical Ballet, everybody was participating! Only the tango lesson was a bit too tricky for some of us…

It was so much fun dancing in such a large crowd. It wasn’t that hard, either. Plus, dancers from Eric Gauthier’s dance company were everywhere and if you couldn’t follow what was going on on the stage or the big screen, you could look at them.

Next to the workshops there were performances of the international dance companies that will participate in the festival.

My favorite at the Colours International Dance Festival 2015 pre-opening event at Marktplatz was the “football ballet”. Yep, you read correctly. A slow motion scene from a football match, VfB Stuttgart against Borussia Dortmund

, where Stuttgart gets a free kick. Sososo good! Eric Gauthier plays the referee who has to deal with cheeky players that hit each other behind his back and stuff like that. Very, very funny

After the great Colours International Dance Festival 2015 pre-opening event at Marktplatz I am even more excited about the festival. I got tickets for three performances: “Kamuyot” – performed by Gauthier Dance, “m¡longa” – from the Flemish-Moroccan star choreographer Sidi Larbi Cherkaoui and “Blue Love” by the Shaun Parker Company. Plus, I will participate in a workshop held by Eric Gauthier: “Dance for everybody” – and after the short workshops at Marktplatz, I think this will be really, really good!

Hurry up if you want to see some performances as well, most of the shows are sold out already! 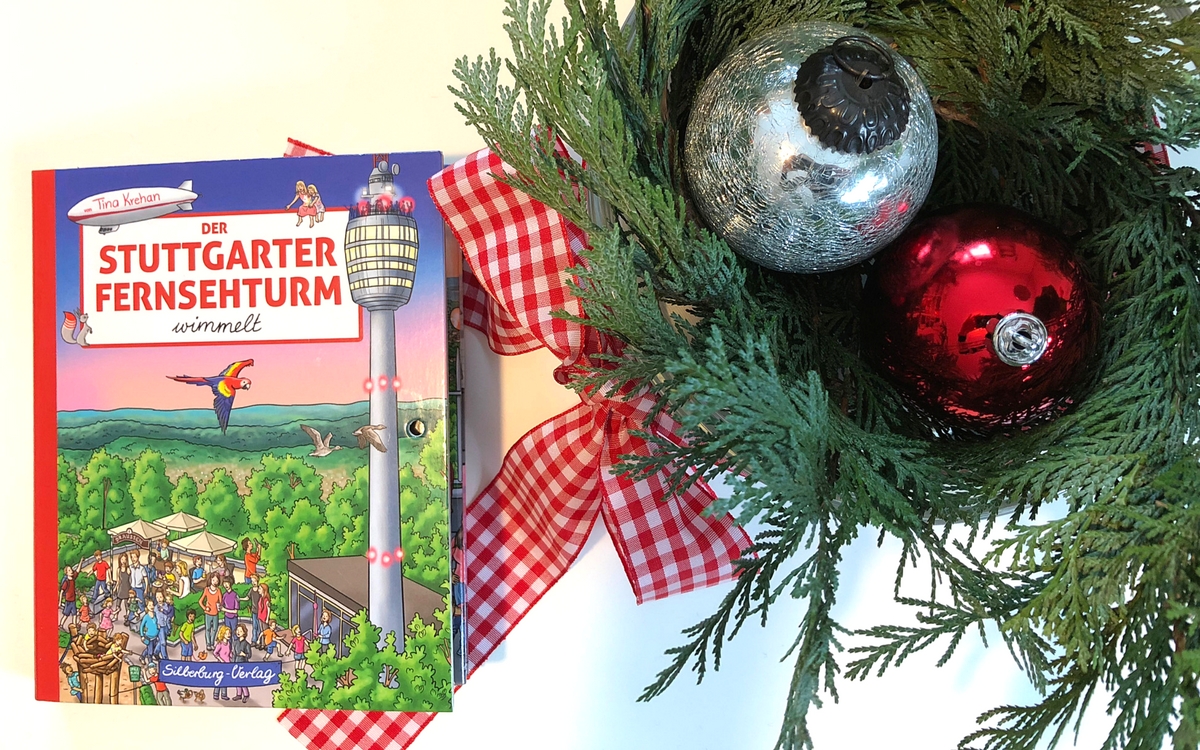 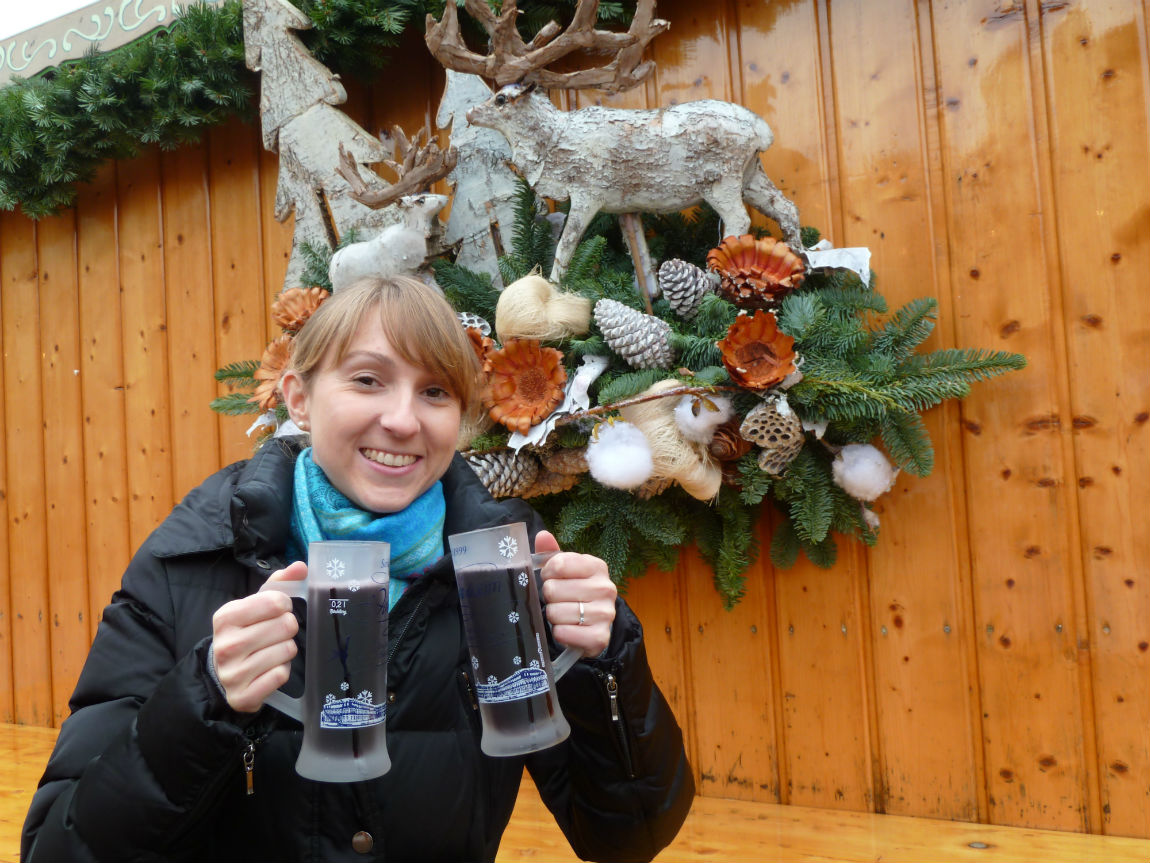 Christmas starts in November – with the mini Christmas Market “Wintertraum”!