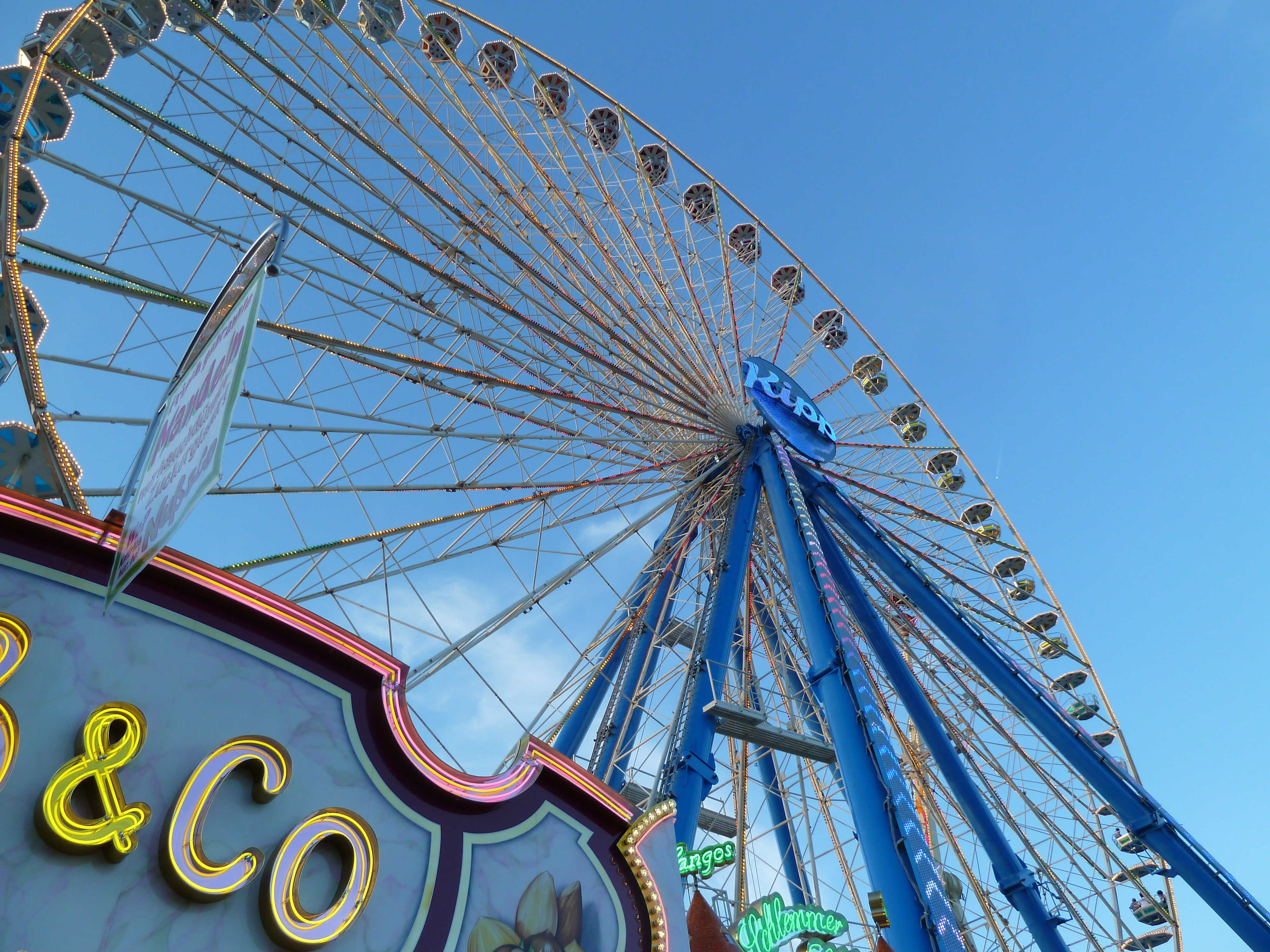 Yesterday, on the evening before the Day of the German Unity, Moritz and I met after work for a nice stroll over the Wasen ( I had a cold so we did not plan on going into a beer tent).

The beer festival Stuttgart takes place each year for three weeks, starting in late September and lasting until the middle of October. Its origins date back to 1818.  Today, the Wasen is the second largest beer festival after the Oktoberfest in Munich.

You can find many fun rides and each year a few new ones are amongst them. I for example have never noticed this Egyptian ride called “Valley of the Kings”…

…where I met this nice feller. We seem to have the same style…

Other attractions seem to have been there for ever, like this ghost train:

… which is apparently “pleasant for the young and the old”…

As I really wanted to do a fun ride – and as a “pleasant” ghost train sounds like the thing made for us – I dragged Moritz into a car.

Of course, there are big wheels as well on the Wasen. This one from Kipp I found particularly pretty.

And of course there are a lot of beer tents, too…

The last picture inside the beer tent was taken at an early hour. Later, you will find everybody dancing on the tables!

The main reason, Moritz and I came to the Wasen, was the food. We went to an area where everything looked very Bavarian and had Kaiserschmarrn (pieces of pancake) and Germknödel (yeast dumpling). Veeeery nice! 🙂

And right there, Moritz found a friend, too!

Don’t they look nice together? 😉

As we didn’t want to go into a beer tent, we went back home when it started to get dark. I can really say, not only the ghost train ride was pleasant, the whole afternoon at the Wasen was! 🙂 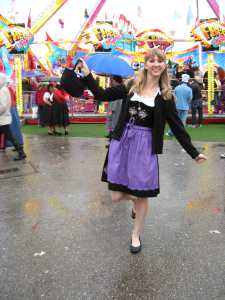 Fun events in Stuttgart in 2017