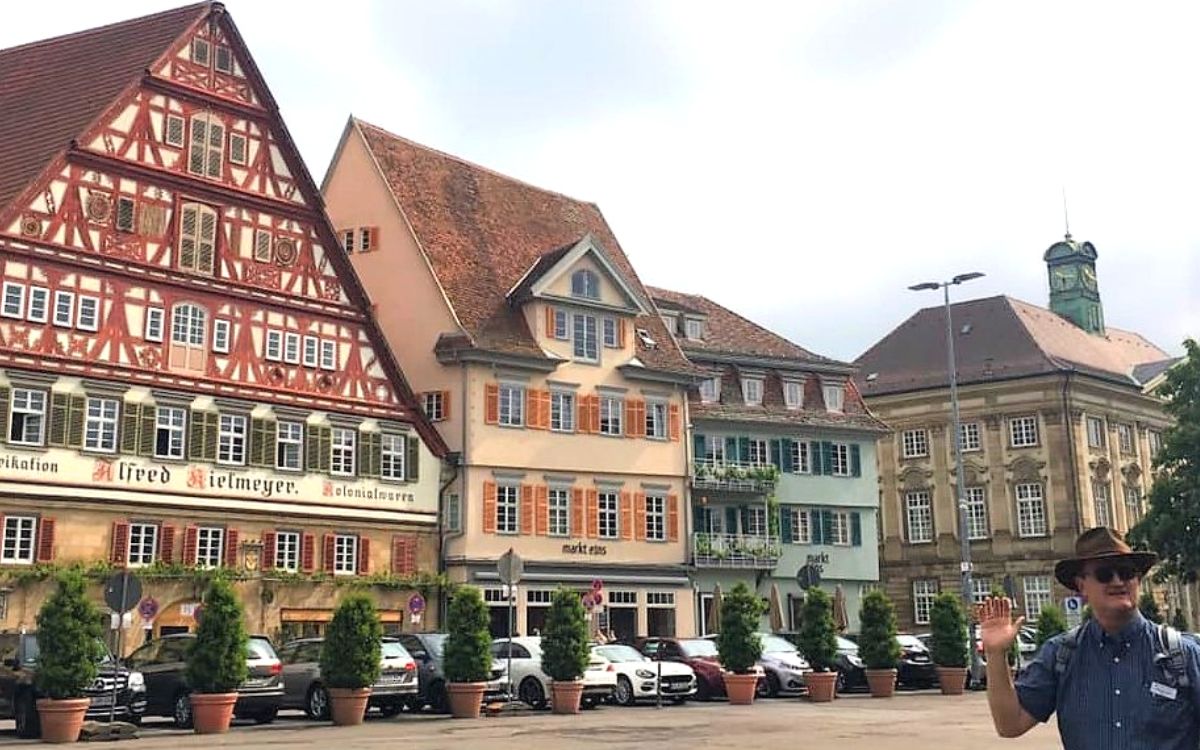 As you guys know, I am on maternaty leave at the moment. But I have teamed up with several awesome guest authors that share some fun facts with you. Today Tom Hale, a certified tour guide for the City of Esslingen takes you on a tour of this town and shares the one or other insider information with us…

Maybe you have heard of the City of Esslingen am Neckar, the city which is just 10 minutes from Stuttgart but with such a significant history. How can a city with only 93,000 inhabitants attract over 2.5 million visitors per year? Certainly Esslingen’s annual Christmas Market specializing its’ medieval market is a major tourist draw, but something else brings all these visitors to Esslingen. This beautiful city on the Neckar river, with its 3.1 km of canals, 200 half-timbered homes and famous churches, city wall towers and castle inspires awe is certainly worth a visit. The city has many many buildings and homes from the medieval period, prior to the 16th century and these are authentic, as Esslingen was not bombed in World War II.

A brief history of the City of Esslingen

This city’s history started around 1300 BC during the late stone age. Later, around 1 AD, it was a Roman and Celtic encampment, followed by a period from the 12 to the early 16th century when Esslingen had its “Golden Age” under the Stauffer kings. Esslingen became a wealthy and politically and religious prominent city, the largest on the middle Neckar at that time. This was due to it becoming a “Free Imperial City” which provided them autonomy, along with a very lucrative wine and trading business along the trade route between Italy and Flanders (today’s Belgium). The trader’s crossed the bridge at Esslingen and not only paid a toll, but also resupplied and traded for their long journey ahead of them.

There are many important and picturesque places to visit in Esslingen, but if you have a limited amount of time, these sights are sure to please every visitor.

This is the heart of the old town and where the history started. This church, named after Saint Denis was built in the early 13th century and is the third church built at this location. It has its’ iconic twin church towers connected by a bridge (to keep one tower from leaning). It has splendid stained glass windows, incredible wood carvings in the choir area and also a museum under the chruch, where the crypt and the remains of first two churches may be visited.

The iconic building decorated in Esslingen’s medieval colors – red and green. The north side has a beautiful baroque fassade with its famous astronomical clock, while the south side is much older has one of the best examples of half-timbered architecture in all of southern Germany. This building was originally used as a market hall, town meeting hall and dance hall.

This picturesque corner of Esslingen highlights the beauty of the canals flowing under the Inner Bridge and showcases part of the city wall and working water wheels. This was the industrial part of Esslingen in the middle ages.

Today an island and a beautiful park area where many “Esslingers” and visitors enjoy spending time. With the canals on either side of the island and direct view and access to the Inner Bridge, this is one of Esslingen’s many highlights and must be visited.

My Favorite Restaurants in Esslingen

Esslingen has a plethora of restaurants and while I have not tried them all, here are some of my favorites.

Posthoernle – One of the finest restaurants in Esslingen on the old inner bridge street with a view of the very old Pliensau gate tower. A varied menu of German and Schwabian dishes. Certainly not for those on a budget, but a great place to celebrate and to enjoy fine food and excellent service.

Copper Bowl – On the market square and great vegetarian, southern Indian food. I have eaten there on numerous occasions and was never disappointed.

Kielmeyer Besen – Also on the Market Square next to the Keilmeyer Haus. Good Schwabian food at reasonable prices. This is the “go to” restaurant when you are hungry and don’t want to break the bank.

Argo Greek Restaurant – while actually not in Esslingen but in the neighboring town of Sirnau, this is my all time favorite restaurant in the Esslingen area. Consistently good food, great wines, friendly owners and Greek music on Saturday night. A must! 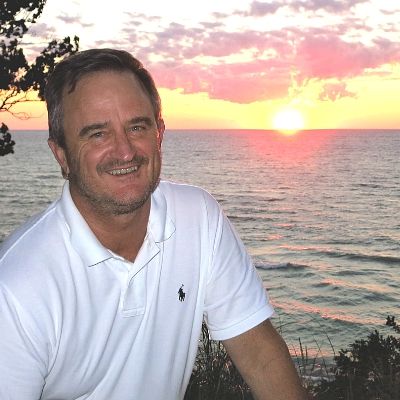 Tom Hale is a retired engineering manager, and an official tour guide for the City of Esslingen. He has lived in Esslingen for twelve years after moving here from the USA and now calls this city home. If you are interested in one of his tours, or more information about Esslingen he may be contacted through his website: thomasleytonhale.wixsite.com/esslingencitytours 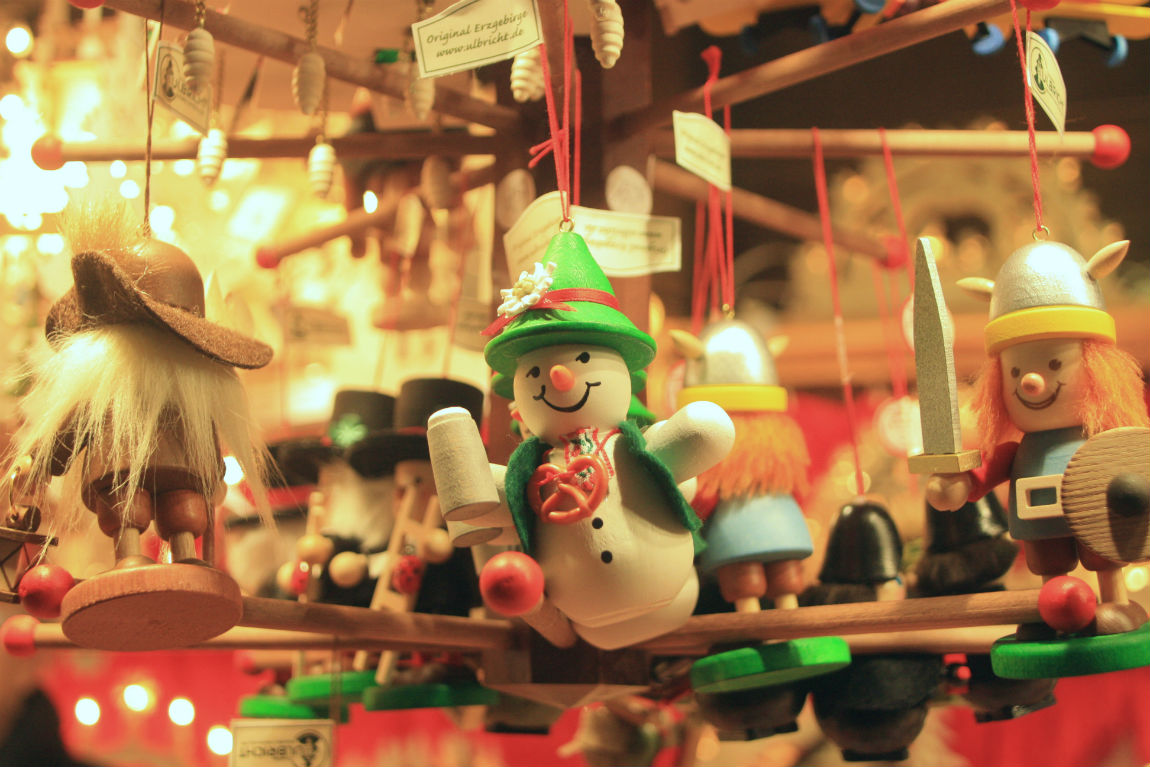 Three Christmas markets in and around Stuttgart 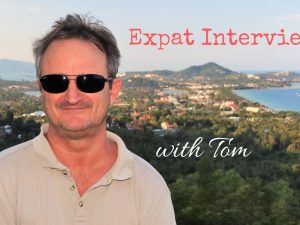 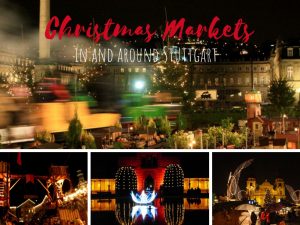 Christmas Markets in and around Stuttgart