Visiting the Landesgartenschau in Schwäbisch Gmünd 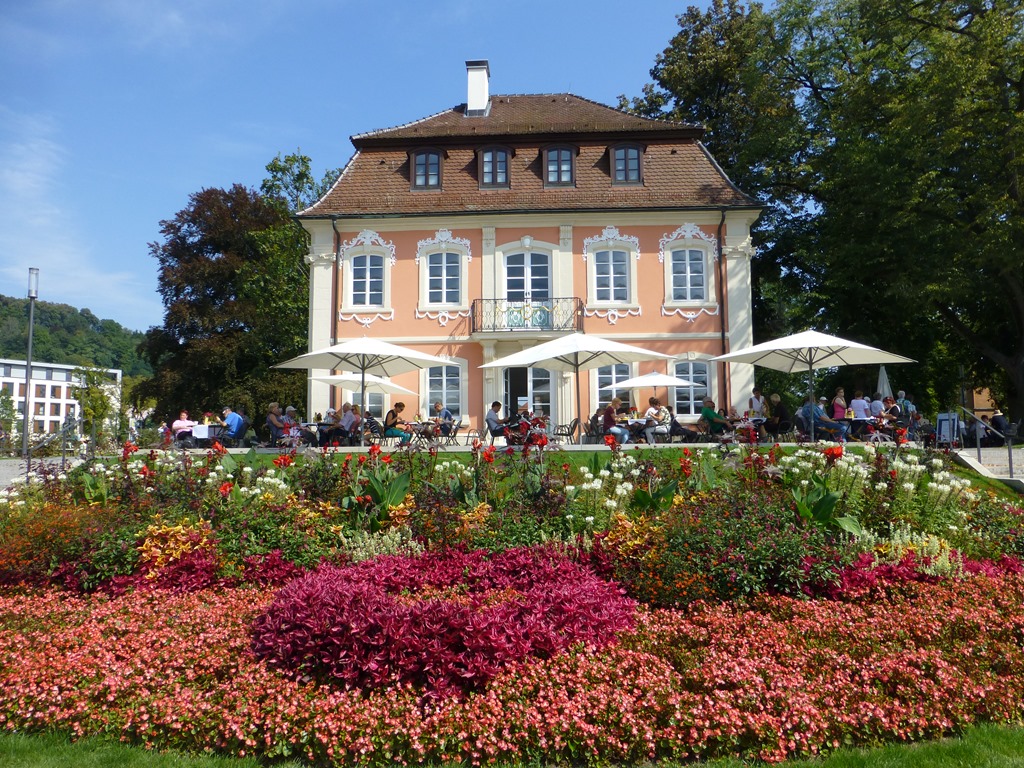 Hi guys! What was that today? Sunshine? Summer for one day? Awesome! Moritz and I took advantage of this beautiful Sunday and visited the Landesgartenschau (state garden show) that is on this summer in Schwäbisch Gmünd.

The area that belongs to the show can be separated into three different topics: earth, stairway to heaven and heaven. We started in the part that represents the earth. This part of the show is integrated in the city of Schwabisch Gmünd.

… and this beautiful little castle:

Around noon it became quite hot so we decided not to visit the city centre of Schwäbisch Gmünd and headed over to the “stairway to heaven” instead.

After a few minutes we crossed a line on the street that indicated where the Limes, a border defence system of Ancient Rome that marked the boundaries of the Roman Empire, was located 2000 years ago. There was even a tent with “real” Roman warriors…

After we had passed the Limes we entered a forest and the hiking trail led us upwards. The scenery was beautiful…

…however the trail was way too crowded. It was ridiculous.

What I liked though were the entertainment stations for kids. You could either look for fake animals…

…or let a marble run down all the way on a special track made out of wood:

And for the brave a treetop climbing trail was waiting!

Moritz and I made it up to the part of the show called heaven on the hiking trail and had a look around. First thing we found were some random dinosaurs… Well, why not?!?

I loved all the flowers they had on display on the open field up here.

…and these utterly cute earthworms…

… plus I made some “ancient” friends…

On our way back to Schwäbisch Gmünd we used an alternative route down the “stairway to heaven” and passed “way of the cross” (Kreuzweg) and the old cloister of San Salvador.

Very impressive and definitely a highlight of our visit.

If you want to visit the Landesgartenschau yourself, make sure you come during the week or at least very early on the weekend. Otherwise you have to hike the “stairway to heaven” with hundreds of other visitors.