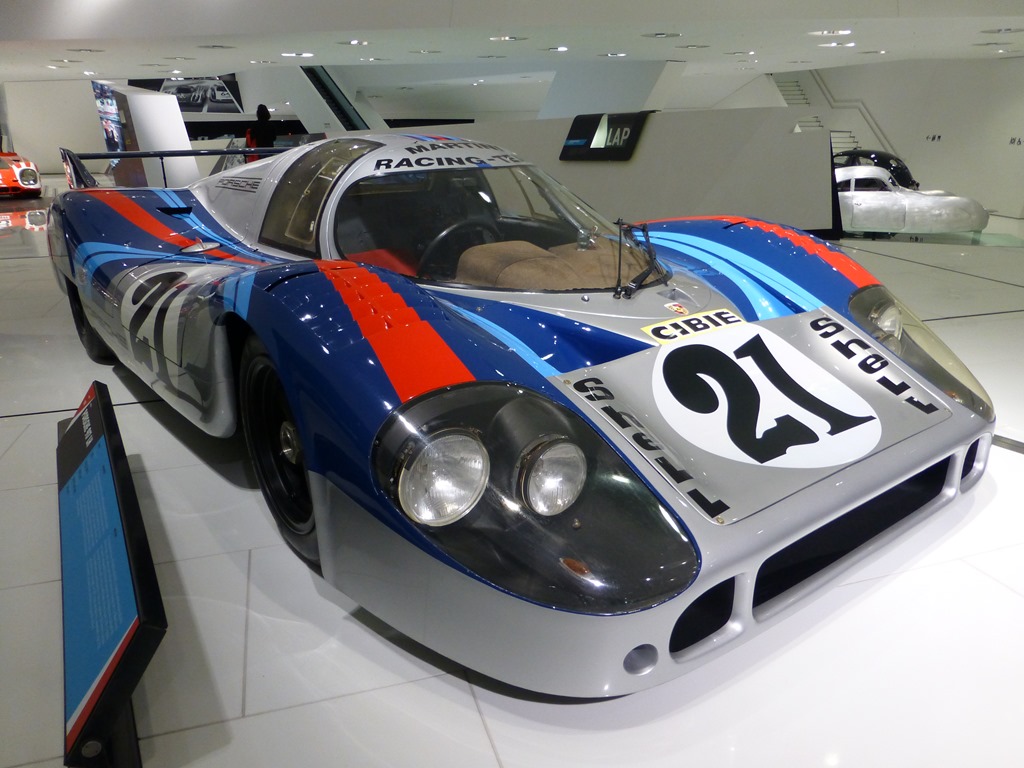 “In the beginning I looked around but couldn’t find the car I dreamt of, so I decided to build it myself.” – Ferry Porsche

Most people think of cars when they think of Stuttgart. One of the famous brands that originates from Stuttgart is Porsche. Its logo even carries the Stuttgarter Rössle (Stuttgart Pracing Horse) in its center: 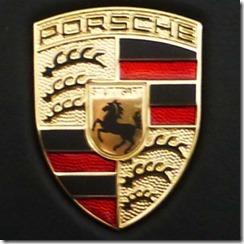 Since January 2009, Porsche operates its own museum in Stuttgart-Zuffenhausen. And what can I tell you, this is the first museum where I found more male visitors than female ones! 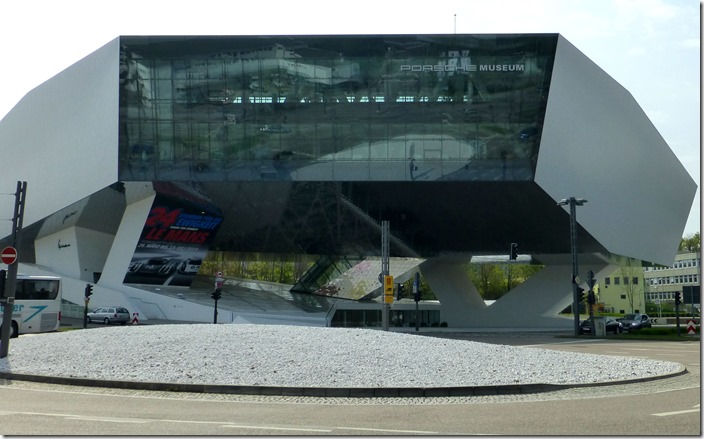 Even entering the exhibition area is quite an adventure because of the steep escalator (OK, there would have been stairs too, but… pleeeease!! 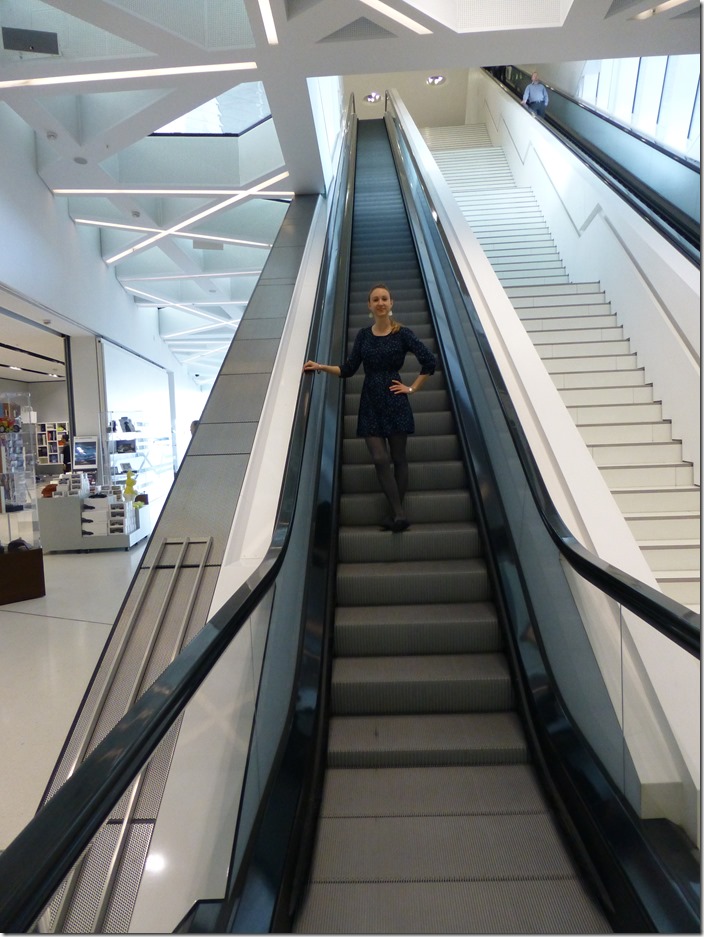 Let the tour begin! There are more than 80 vehicles on display at Porsche Museum on 5,600 square meters. 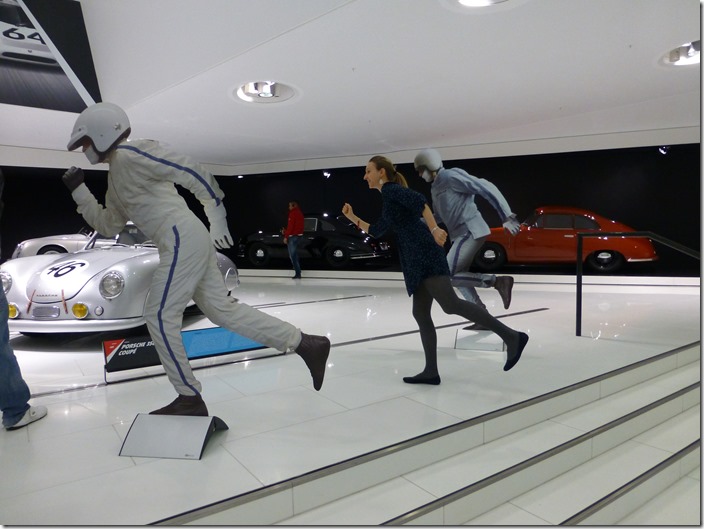 I’d like to introduce you to the first Porsche construction, the C.2 Phaeton: 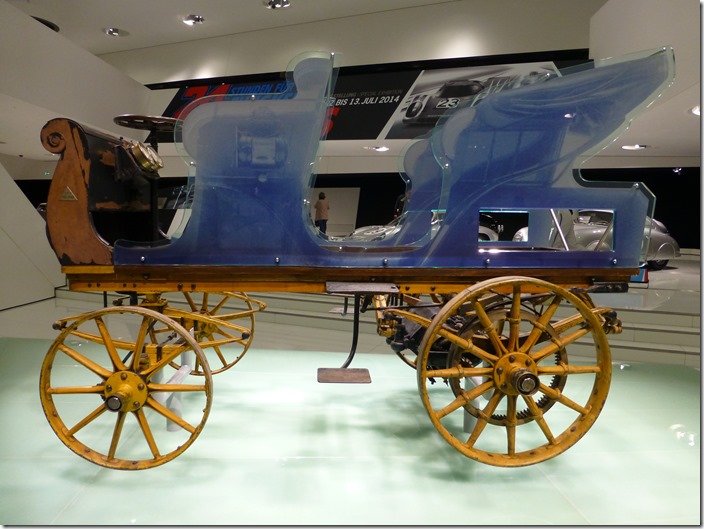 Fancy, hum?! But not as fancy as this one: 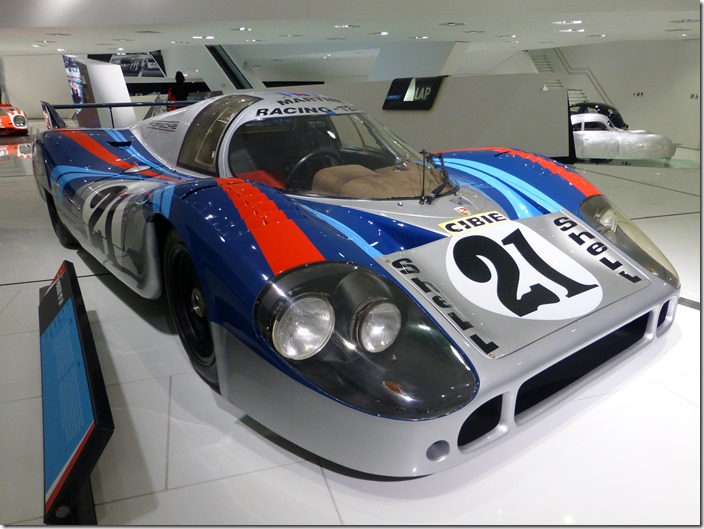 While talking about the Le Mans race, they have a special exhibition about this famous race in the museum at the moment. So if you’re interested in the REALLY fast Porsche cars, you should go see them now. My favourite was the fat pig. No, I’m not rude, that’s what this racing car was called: 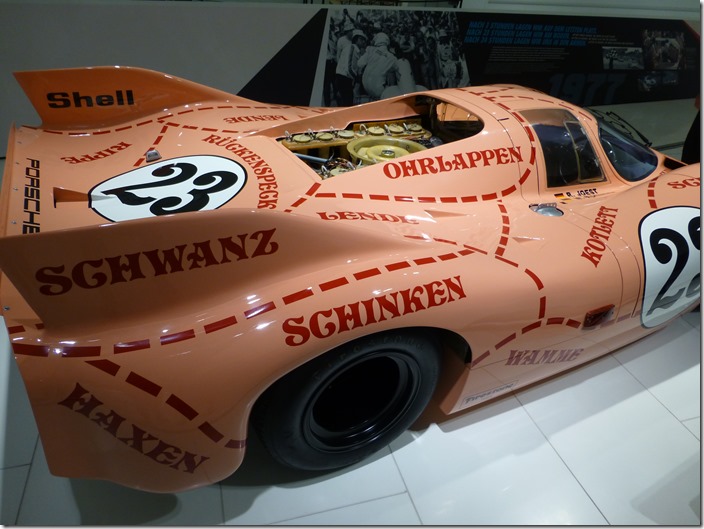 Due to its wide body, the 917/20 was called fat pig by many people in the race of 1917. So Porsche decided to paint it pink and labeled it with the specific portions of meat (“Schinken” meaning ham, “Haxen” stands for pork leg…). How awesome it that?!

I named this article “80 shades of Porsche” because of a reason. When I walked around between the more than 80 cars of the museum, I was astonished how colorful the vehicles were. So here’s a little selection of the different shades of Porsche: 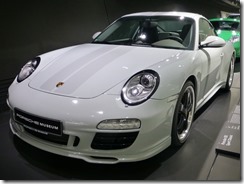 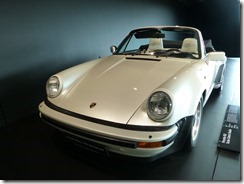 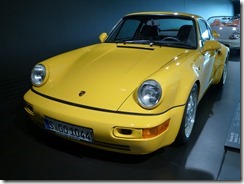 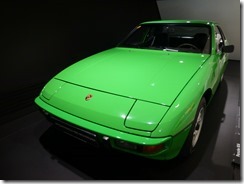 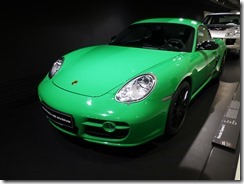 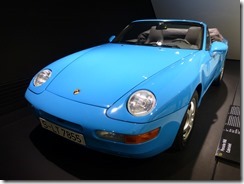 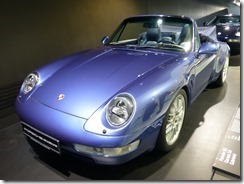 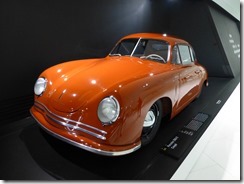 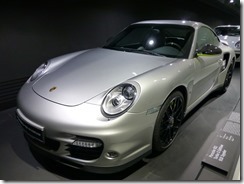 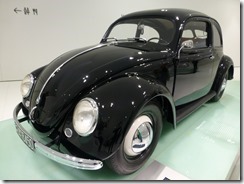 After looking at so many beautiful cars, you really want to jump into one, sit behind its wheel and feel the magic by yourself. Luckily, the people of Porsche anticipated this reaction. At the end of the exhibition, you can try how a real Porsche suits you: 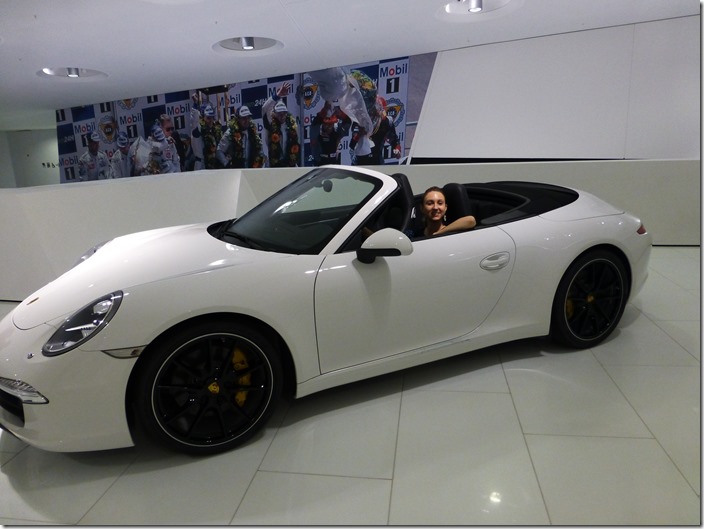 I might look a bit lost but hey, I could still grow into it, right?!

I have to admit, all of the cars are pretty awesome. But if I had to pick one, it would be this 911 Carrera Coupe, inspired by the art of the Australian Aborigines: 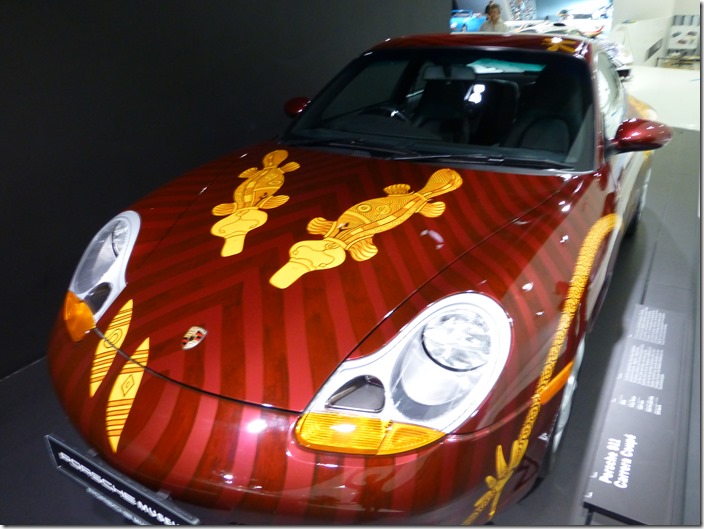 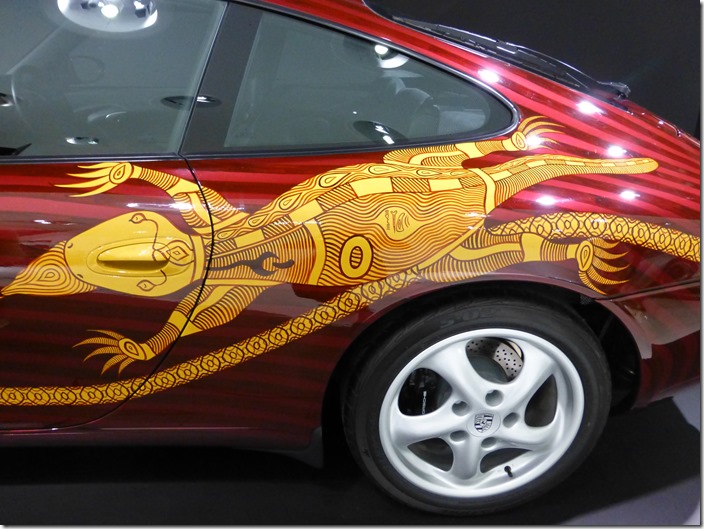 And then, just when I was finished with my visit of the exhibition, I saw her! A real Hollywood star! Sally Carrera, who’s famous since she was one of the stars in the Disney’s movie “Cars”. Amazing! She was all down to earth and didn’t mind taking a picture with me: 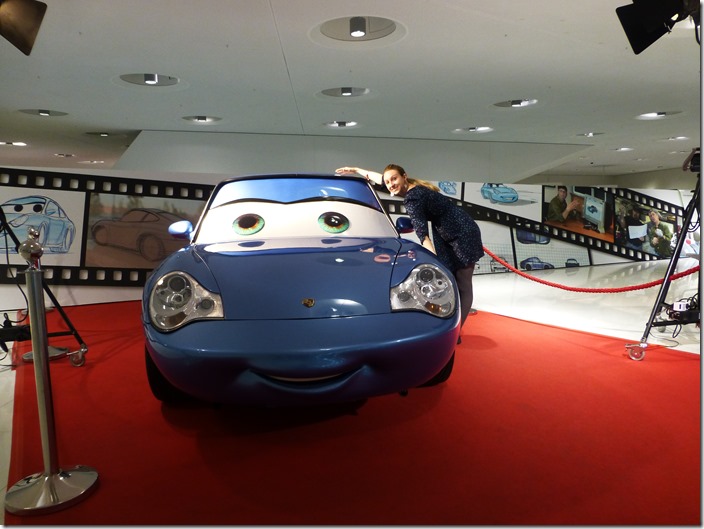 Last but not least, a hint for everybody who want’s to play a little trick on the person accompanying them: If you want to scare the shit out of this person, just push him or her on one of the three black circles at the end of the exhibition and wait what happens…

This is my friend Miri after she got over the fist shock: 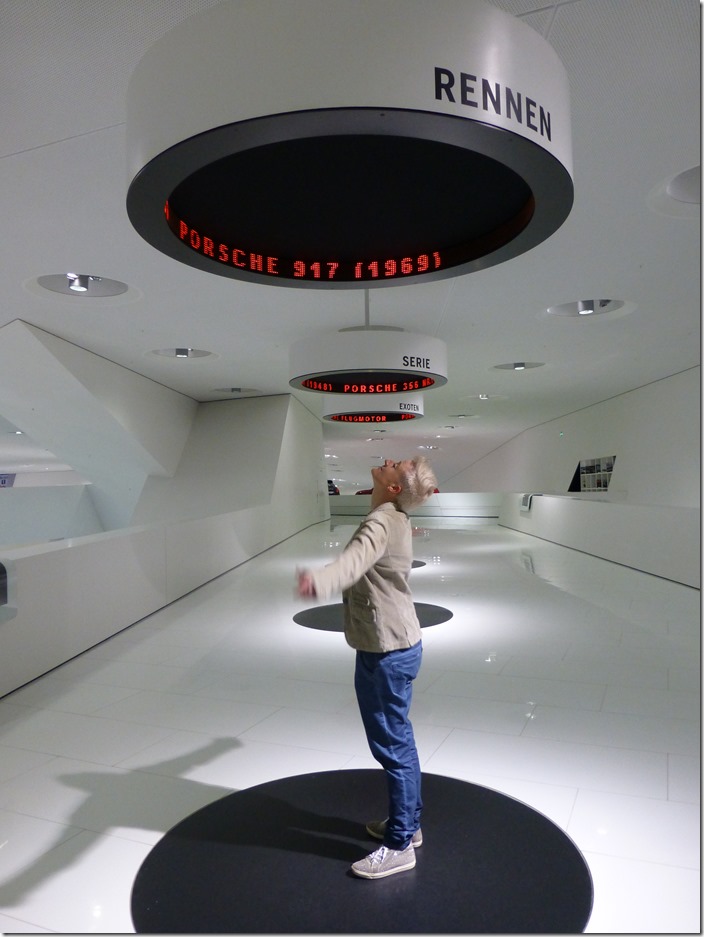 We had a fun time at the Porsche Museum. And when it was time to leave, we decided to use the stairs… Huuuuuu is this high!! 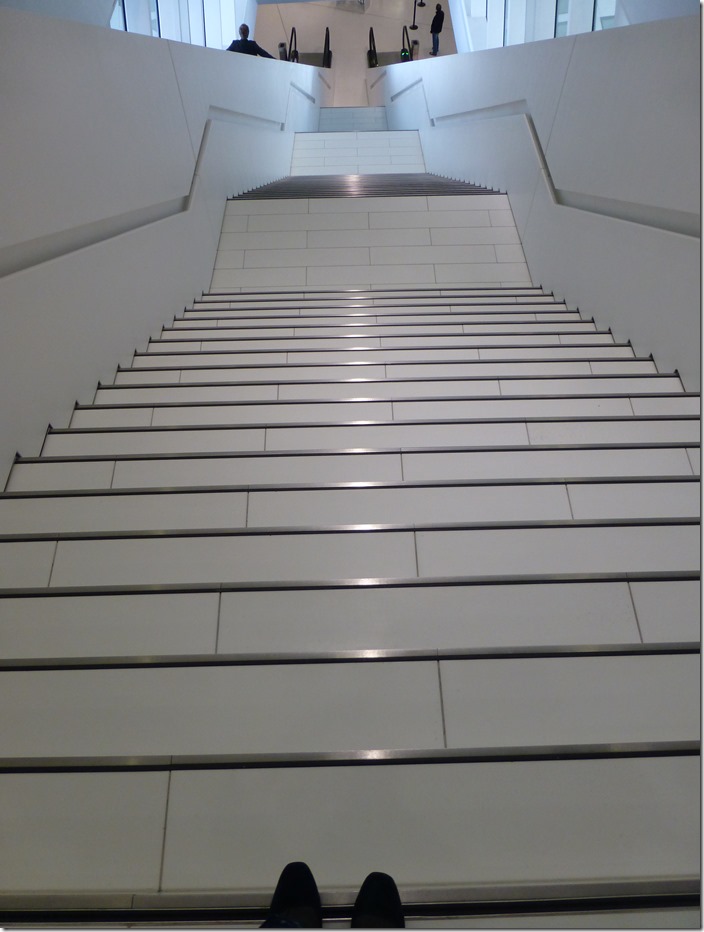 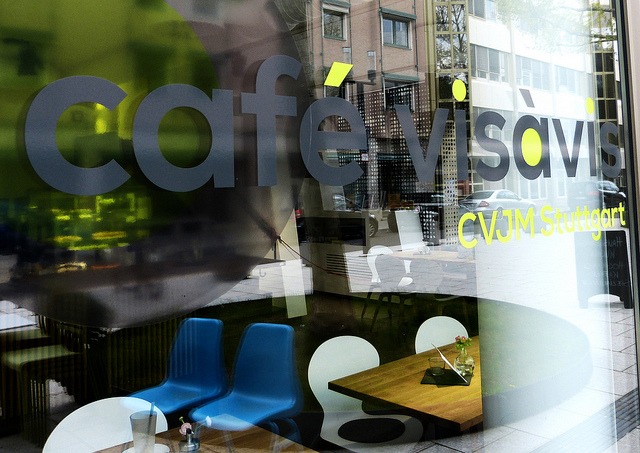 Cute litte café in Stuttgart next to Theodor-Heuss-Straße: Cafe Visavis 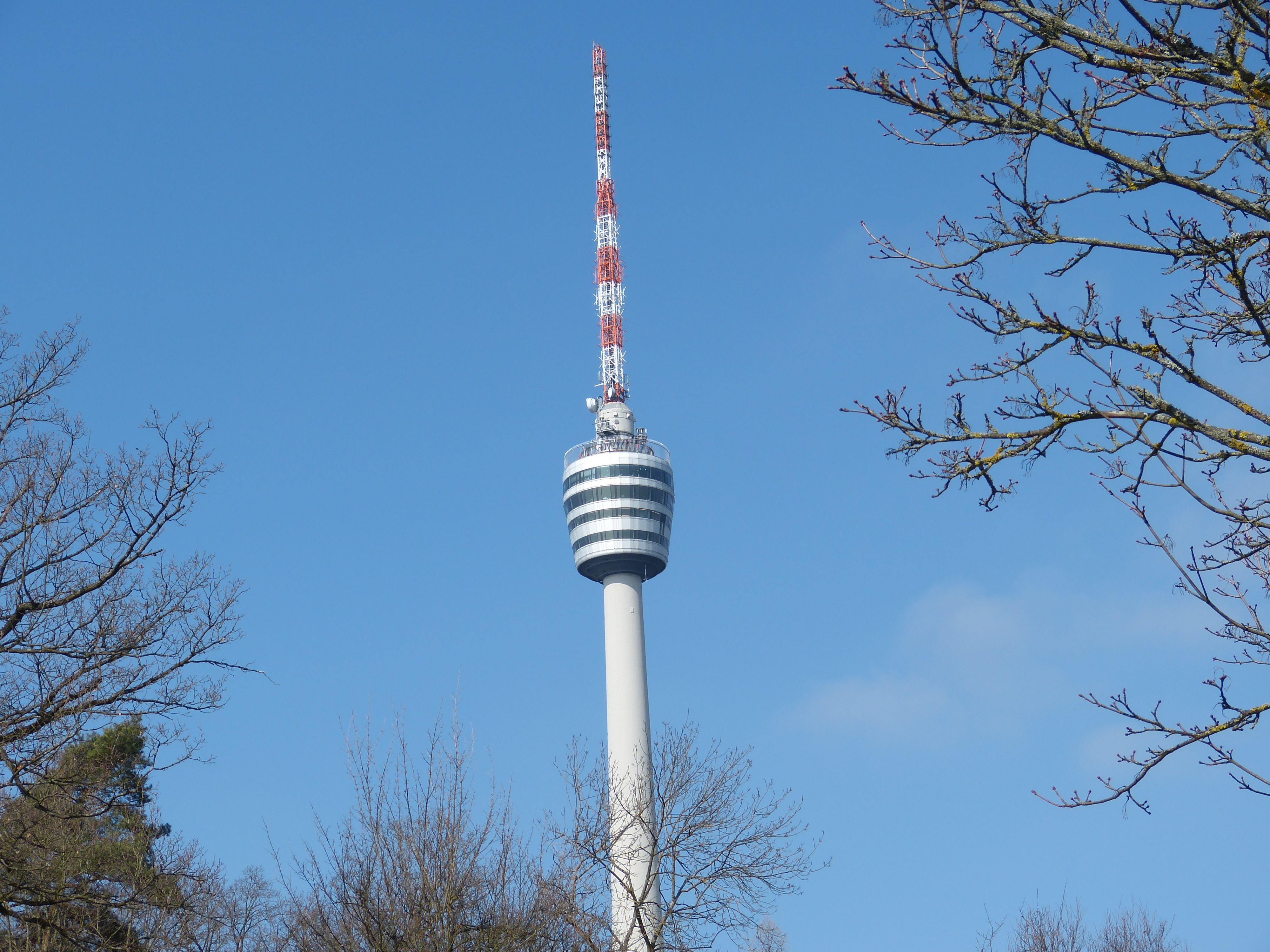 A sunny day at the top of TV-Tower Stuttgart 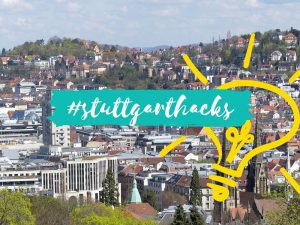